Before you see "Rambo: Last Blood," check out some of Sly’s essentials. 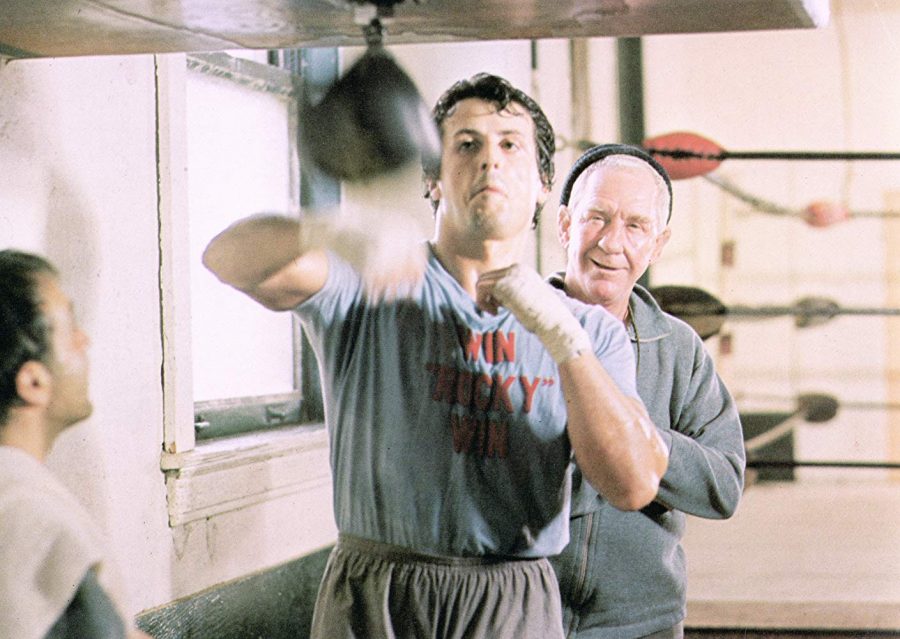 From his humble beginnings as an underdog boxer from Philly to his most recent role in the final installment of the “Rambo” franchise, Stallone has had a long, successful career in Hollywood. Showcasing brute at its finest, Stallone has been the face of action movies for the last three decades. This essential watchlist of Stallone’s films will take you on an action-packed ride through some of his most iconic action movies and drama-filled performances.
“Rocky” (1976)
With no surprise, the first movie on the list is “Rocky,” which was Stallone’s impressive breakout role that would follow him throughout his entire career. Stallone plays a down-and-out amateur boxer from Philadelphia who makes most of his money by collecting debts for a loan shark. One day, the champion of the world, Apollo Creed, played by Carl Weathers, gives Rocky the shot of a lifetime when he challenges him to a fight in the World Heavyweight Championship. Stallone’s performance earned him his first Golden Globe plus two Oscar nominations for Best Actor and Best Screenplay. Written and performed by Stallone, a true underdog, the film ended up winning the Best Picture, Editor and Film Editing at the 1977 Academy Awards.
“Rocky II” (1979)
After the success of “Rocky” as a standalone, viewers longed for a sequel. In 1979, the people got their wish when “Rocky II” was released. It did not receive the praise that “Rocky” had received two years prior, but it was still a great continuation of the underdog story. Rocky has much more at stake in this film, with his health on the line, a worried wife and a baby on the way. As if life was not challenging enough, Rocky’s fans and creed kept taunting him about a rematch in the ring. Although “Rocky II” lacks the depth of the first film, it delivers one of the most memorable moments in movie history. You can think the “Rocky” franchise is lame and has no place in movie history all you want, but the one thing that must be appreciated about the films is the epic montages audiences were given throughout the series.
“First Blood” (1982)
Although the “Rocky” franchise catered to a wide audience, Stallone’s next big series of movies mainly appealed to fans of heavy action. Action blockbusters like “The Terminator,” “Lethal Weapon” and “Die Hard” dominated the ‘80s, but “First Blood” started the trend. The film journeys with John Rambo, a Green Beret veteran, as he returns from Vietnam. Problems begin to arise when a sheriff and his deputies abuse and harass Rambo, driving him to seek revenge against the town’s authorities. Stallone takes a completely different path in this R-rated film, but the birth of another iconic character, Rambo, is born.
“Rambo: First Blood Part II” (1985)
As if the bloodshed from the first movie was not enough, Rambo is released from prison and put on a top-secret mission that takes him back to Vietnam. In order to pay off his crimes, Rambo has to become a killer for his country. Not only does the film present action-packed entertainment, but it also portrays the complicated past of a war veteran. This movie would have been, if not, could have been a character study on the effects of PTSD on veterans returning from Vietnam.
“Demolition Man” (1993)
Stallone already reached stardom through his action films by the time he made “Demolition Man.” In this film, police officer John Spartan, played by Stallone, is frozen in 1996 after he and his nemesis Simon Phoenix, played by Wesley Snipes, were convicted of a crime. The two are unfrozen in the year 2032 and find themselves in a different version of Los Angeles. This movie may not have the best story, but it plays with futuristic sci-fi elements, resulting in an exciting action movie. Not to mention, the movie transforms Taco Bell into the only restaurant in the world, which is not an uncanny idea.
“Rocky Balboa” (2006)
In this film, viewers are introduced to Rocky once again, except this time Rocky is well past his prime and in retirement. Similar to the first film, the heavyweight champion of the world challenges Rocky to an exhibition fight in order to prove that he could beat the once-dominant Rocky Balboa in a 10-round fight. By this time, Rocky is widowed, and his son Robert Balboa Jr., played by Milo Ventimiglia, is distant from him. A motivated Rocky decides he is no longer just fighting for himself, he is fighting to show his family and his community that they can conquer anything in life. The movie concludes the Rocky franchise with one last fight scene… or so we think.
“The Expendables” (2010)
Stallone must have posted a sign with “calling all action heroes” on it because this film has almost every action hero from the ‘80s and ‘90s. “The Expendables” follows a team of mercenaries hired by the CIA to accomplish tasks nobody can complete. Starring Jason Statham, Jet Li, Dolph Lundgren, Randy Couture, Stone Cold Steve Austin, Arnold Schwarzenegger and many others, consider this film a throwback “Avengers: Infinity War” packed with action idols, old and new. Even though the movie overdoes unnecessary violence, it stays true to the characters that Stallone has been playing for years.
“Creed” (2015)
Viewers thought “Rocky Balboa” was the end of the story of Rocky and his family. However, “Creed” brings Balboa in for another fight, but this time Rocky is not the one in the ring. Adonis Johnson, played by Michael B. Jordan, is the bastard son of Apollo Creed. He constantly strives to live up to his father’s legacy, but has always fallen short. When he finally gets a shot at the title, he knows he must live up to his namesake. Adonis calls upon Rocky to train him for the fight. Meanwhile, Rocky has lost everyone and is alone and also battling cancer. “Creed” is Rocky’s triumphant return to the screen. To prove it, Stallon received nominations for Best Supporting Actor at the Oscars and won a Golden Globe for Best Supporting Actor.