The Lumineers aim high with their third album, “Ⅲ”

The three acts of this concept album bring great new tracks and a compelling story throughout. 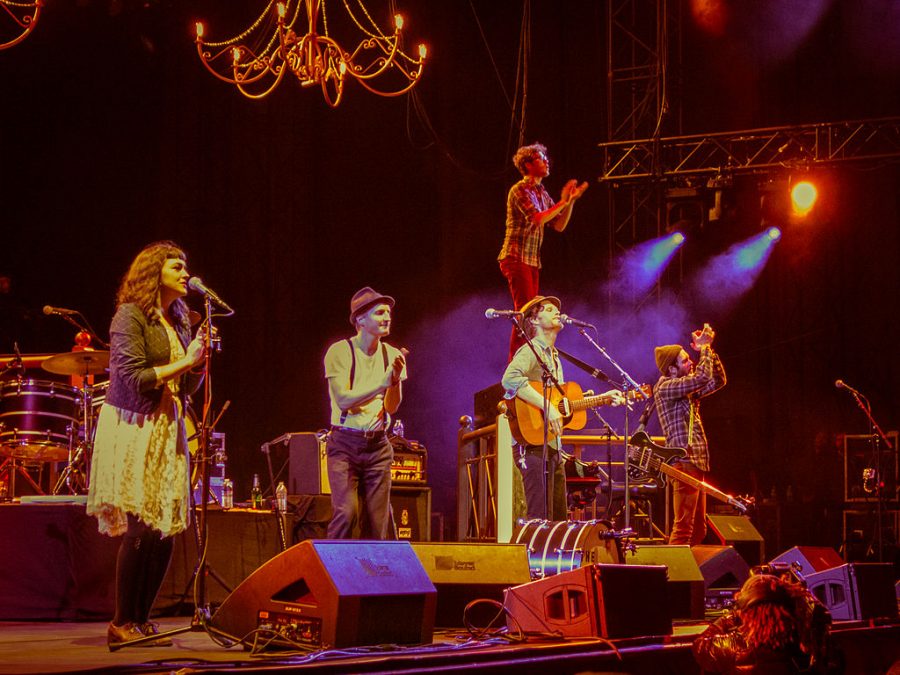 The Lumineers introduce a new way of storytelling in their newly released album "III."

FRESH CONCEPT
The Lumineers have always stuck to their folk-rock sound, solidifying it with further releases. With an impressive debut album and a sensational sophomore follow-up, the band has made a name for themselves in the folk-rock community. In “Ⅲ,” their latest project presents 10 songs for a three-act story following a family through three generations, detailing the struggles of addiction and the emotional influence it has on the people around them. These stories are fairly well-told, albeit somewhat loose in perspective.
GENERATIONAL TALE
The first act focuses on a character named Gloria Sparks and her struggles with alcohol, drugs and the death of her mother. The three songs of this act, “Donna,” “Life in the City” and “Gloria,” provide some of the most captivating tunes on the entire record while implementing sounds from tracks in their previous album. “Donna,” for instance, is a beautiful piano-led piece reminiscent of “Patience,” while “Life of the City” brings back the chorus of the “Sleep on the Floor” to add to the similar themes of escaping society.

“And if the sun don’t shine on me today / And if the subways flood and bridges break / Will you just lay down and dig your grave? / Or will you rail against your dying day?” lead singer Wesley Shultz sings in the bridge.

The second and third act, while not as compelling as the first, still showcase an emotionally resonant story about the grandson and son of Gloria, Junior and Jimmy Sparks. Junior finds himself at odds with two people—his girlfriend who leaves him for someone else and a father spiraling into alcoholism after his wife abandons him to start a new family. The two acts exclusively share from the perspective of one character, which complements the dark and personal tone of the music. Although the first act does not include a perspective from just one character, some listeners may still prefer it above the other acts for its mesmerizing sounds.

Lastly, there are a few songs, including “It Wasn’t Easy to Be Happy for You” and “Life in the City,” that would be hard to comprehend without the added context provided by the artists in their blog post. Despite that inconvenience, every song contributes greatly to the overall story.
STORYTELLING DONE WELL
The Lumineers have always specialized in compelling storytelling through one song. In “Ⅲ,” they succeed in sharing this generation-spanning story about death, addiction and family that provides a new progression in the band’s sound that is subtle in production yet emotionally resonant in songwriting. Despite structural inconsistencies and some lack of song context, The Lumineers produces another satisfying addition to their discography.