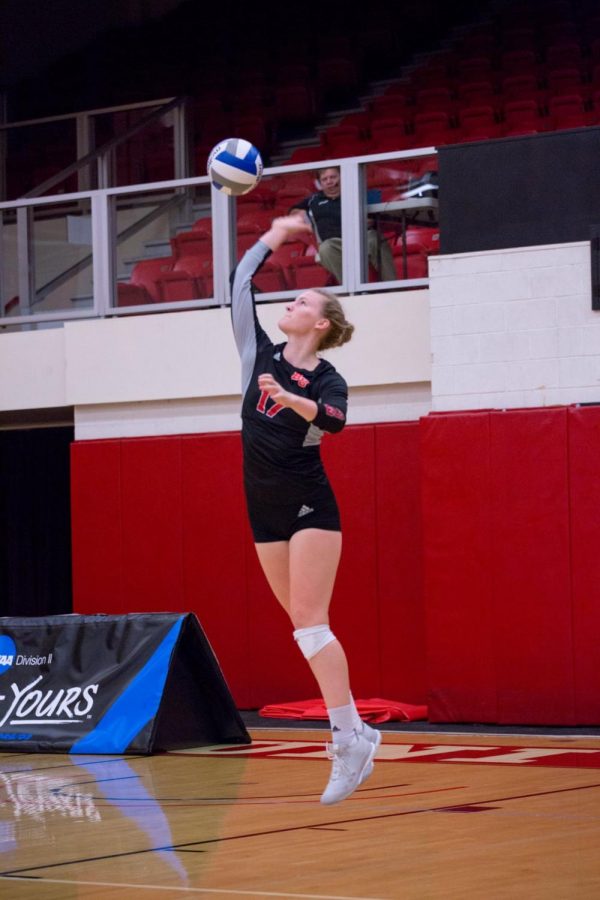 Volleyball stole two wins during the second day of the Alaska Anchorage Invitational against University of California, San Diego and Concord University. The Eagles topped their competition 3-2 and 3-1, respectively.
TIGHT MATCHUP
Biola started strong in the first set, winning 25-18, but dropped the second and third sets to UCSD. The Eagles came back to win the fourth and fifth set, lead by senior outside hitter Sabrina Winslow. Winslow had 13 kills on the match and junior middle blocker Bekah Roth was not far behind with 12. The Eagles led UCSD in almost every category, including 13 blocks to the Tritons’ 10. Biola overcame UCSD, winning 3-2.
FRESHMAN LEADS FINAL WIN
In game two, Biola and Concord split the first two sets, establishing another close match up. Freshman middle hitter Raegan Tjepkema led the team in kills with 14, just one more than Winslow. The Eagles cleaned up the final two sets 25-12 and 25-14. Biola boasted 12 aces to Concord’s meager one. Junior setter Vanessa Garcia walked away with 42 assists of Biola’s 51 total.

The Eagles will be back in action Tuesday, Sept. 10 against Seattle Pacific University at 8 a.m. in Chase Gymnasium.