The biggest movie of the year delivers a thrilling conclusion to an 11-year project. 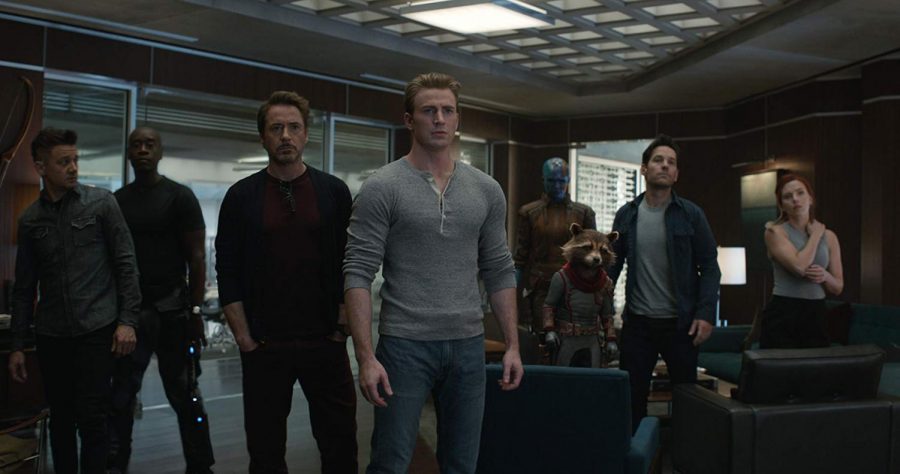 On May 2, 2008, Robert Downey Jr.’s Tony Stark introduced himself to the world as Iron Man. The credits rolled as Black Sabbath’s guitar shredding “Iron Man” played and, a few minutes later, Samuel L. Jackson’s Nick Fury showed up and introduced the Marvel Cinematic Universe. Eleven years and millions of dollars later, directors Joe and Anthony Russo deliver a highly rewarding conclusion to that decade-long journey.
ELEVEN YEAR BUILD-UP
“Avengers: Endgame” hit theaters last Friday, and fans’ heads are still spinning in a mad attempt to process it. Not only is this movie massive in scope, but it is three hours long, and it is exhausting. Trying to boil this film down into a concise, 500-word review might be the greatest injustice since Thanos’ snap that killed half the universe, but you know, whatever it takes.

It is impossible to judge this film without considering everything that has come before it. Last April, “Avengers: Infinity War” left audiences breathless with a cosmic narrative larger than any comic-book film fans had seen before. “Endgame” has the overwhelming task of wrapping up that narrative in a fan-friendly way while also matching if not exceeding the high-stakes thrill-ride that made “Infinity War” so enjoyable.

Considering all those factors, not to mention how difficult it is to please fans, “Endgame” somehow lives up to the hype. It caps off the entire MCU in a gripping way that gives its characters the send off they deserve.

Five years after the the events of “Infinity War,” the world is trying to recover and move on with their lives. This includes the Avengers, who have no way of reversing Thanos’ snap after he destroys the infinity stones. The biggest hero in the MCU shows up in the form of a rat that crawls through Scott Lang’s, Paul Rudd, van and inadvertently sets him free from the Quantum Realm. Lang regroups with the Avengers, and they come up with a plan to use the Quantum Realm to travel back in time to collect each individual infinity stone so they can use them to restore the population of the universe.

So, yeah, this is a time travel movie.

The Avengers are able to go back in time significant moments in past MCU films. This is actually a really clever move on the directors’ part. It allows them to take audiences back through MCU’s greatest hits in an appreciative way that does not feel like rehash. It does what the “Seinfeld” series finale never could. The Avengers get to relive those historic moments but from a new angle that celebrates the past while giving the plot the space it needs to move forward.
SATISFYING CHARACTER ARCS
Earth’s mightiest heroes also come across certain characters that died in past films. The results are intimate moments between characters that reward those who have been paying attention to past films. That is what makes this film so great. Fans have had 11 years to see these characters develop and their relationships form, and “Endgame” capitalizes on all of it.

Fans who crave the massive CGI battle sequence will not be disappointed, but that is really not what this movie is about. At the end of the day, it is the characters that fans care about.

The film brings an end to the arc of its most popular characters in a way that feels right. The characters are treated well, and they are given a send off that feels well deserved and makes sense for their arcs. Giving the old guard a proper send off allows Marvel to move the universe forward by focusing on the newer, younger characters.

“Endgame” is a gargantuan conclusion to a historic franchise. It succeeds in honoring its characters while also adapting them in new and unexpected ways. Marvel films might not be everyone’s cup of tea, but “Endgame” more than rewards those who have been following along.