Declining enrollment forces administration to get creative about funding

Biola is working to increase student affordability through raising scholarships and endowment. 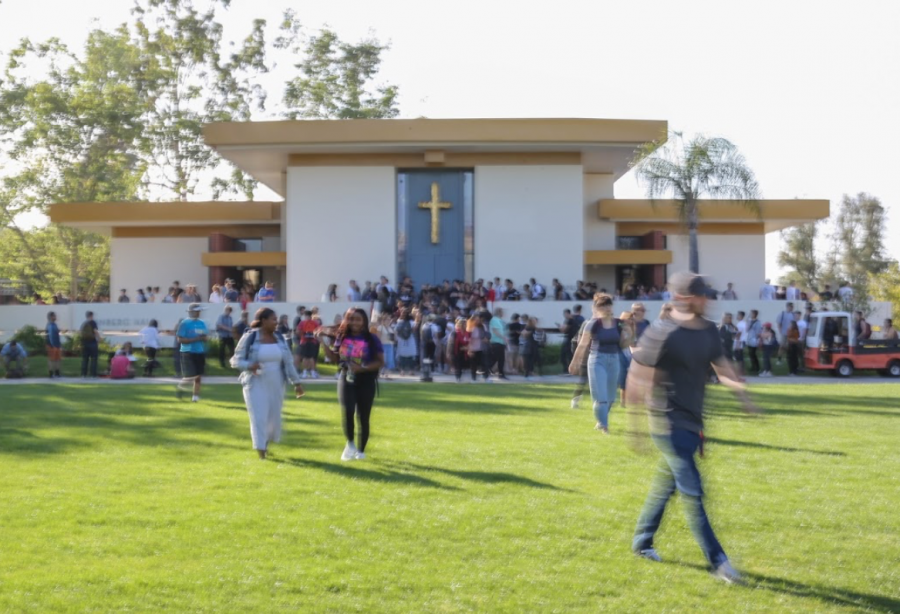 College decision day, May 1, is the day high school students make their final college decisions. College affordability is an ever present factor in a student’s college decision, with many prospective students looking at both a school’s sticker price and scholarship offerings. A yearly drop in undergraduate enrollment has strained Biola’s ability to provide scholarships or reduce tuition. Vice president of university operations and finance Michael Pierce and vice president of enrollment, marketing and communications Lee Wilhite say they are working to reduce the financial pressure on students.

BUDGET MANAGEMENT
According to Wilhite and Pierce, fewer students paying tuition means less money to run the school. This drop in undergraduate enrollment is one of the reasons tuition has increased, along with increasing health care costs and minimum wage. These cause increases in operating expenses that make it difficult for Biola to roll back tuition, but Pierce says they are moving to alleviate this problem for students.

According to Pierce, Biola takes 35 cents of every dollar that it receives and converts that back into scholarships. This means that the school runs off of the remaining 65 cents.

“In order for it to be more affordable for a student, instead of just 65 cents, we need to run the university on 50 cents on the dollar and the rest is all scholarship,” Pierce said.
SCHOLARSHIP & ENDOWMENT
The school’s fundraising campaign that spanned from 2012 to 2017 secured $214 million in both cash and estate plan pledges, and $82.9 million of the funds raised are going toward improving student affordability, allowing for increases in scholarship size and amount.

Wilhite explained Biola’s plans to increase scholarships while continuing to increase the endowment.

“Right now we’re at about 150 plus million [dollars] in our endowment, which is sizable for a Christian university across the country,” Wilhite said. “We invest that money every year. And now, what we do is we take 4% of the earnings [from those investments] every year, and we turn that back into scholarships for the students. So as that endowment goes from $150 to $200 million to $500 million to $1 billion dollars, maybe one day that would be a great place. Well, 4% on $1 billion is $40 million in annual aid that we can provide students.”
REDUCING DEPENDENCE
To that end, Biola’s leadership has declared its intent to reduce the budget’s dependence on undergraduate tuition.

“Dr. Corey announced what we call a case for change, which was a document maybe four years ago now where we were trying to reduce our dependency on the undergraduate tuition,” Pierce said. “69% [of the school’s budget] comes from the traditional undergraduate students. And what that has meant for us is more graduate programs and more online programs.”

Biola has three undergraduate online degree programs: applied psychology, biblical ministries and business management, while it has 13 online masters programs including subjects like theology, education, nursing and special education. The school plans to further expand its online education programs in the near future.

“This year, we’re going to make money and contribute to the cost structure of the university to try to keep the traditional students’ tuition lower,” Pierce said. “So we’re starting to kick it into gear a little bit and we’re looking for some big things in the next three to five years in this area.”