Kobayashi throws out the ordinary

Freshman discus thrower overcomes stereotypes both on the field and in the film industry. 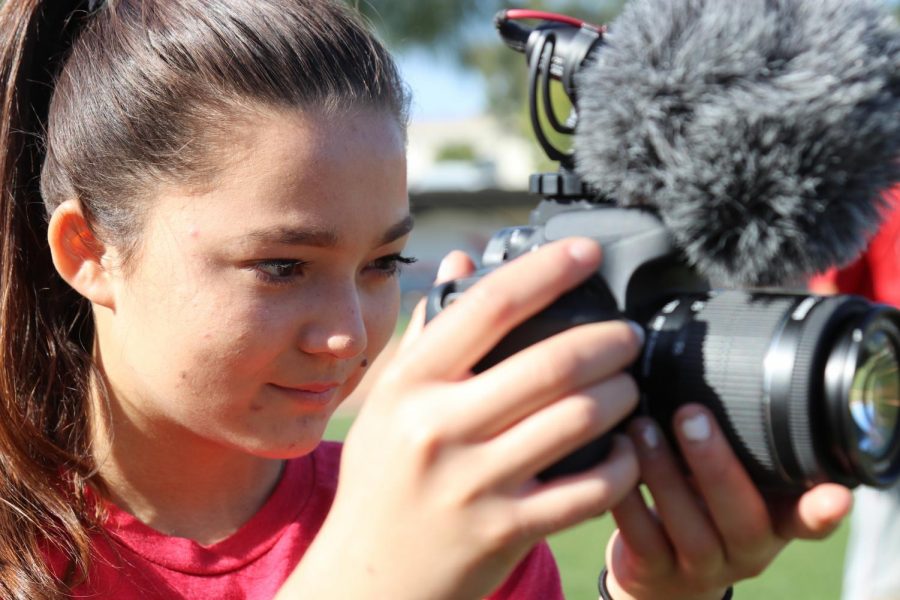 She may not appear physically big, but her strength is not to be underestimated.

At 5-foot-1, freshman cinema and media arts major and discus thrower Kelly Kobayashi expresses that she sometimes faces discrimination on the athletic field because she does not have the “typical” athletic build. She explains that during track meets she often hears students from other schools question her ability when she first steps out on the field due to her smaller stature. However, instead of taking these comments to heart, Kobayashi has learned to turn them into motivators.

“My favorite part about discus is that at first people look down upon me because I’m small, but then when they actually see me throw, they are shocked and even nervous to compete against me,” Kobayashi said. “I get the chance to prove myself.”
CONFIDENCE DESPITE CIRCUMSTANCES
Kobayashi knows that she can do as well and even better than the typical tall and noticeably muscular female athletes. She explains that her coaches’ support have always helped her positivity.

She believes being a woman in a gender-focused society is already difficult, but being both an athlete and a film student can be even more strenuous when society attempts to define both fields by certain standards.

Kobayashi’s confidence radiates in her speech nonetheless. It quickly became clear that she has never let society’s standards stop her from pursuing the sports she loves. Kobayashi sees her position as a female athlete as something that has become a part of her.

“I’ve always been the sports jock,” Kobayashi said. “I love sports and I love everyone on the team… I have so many big brothers and older sisters. That’s how I see it, it’s a giant family.”
CLEATS TO CAMERAS
Over the years, Kobayashi has pushed her love for sports beyond the field to create film content that inspires both athletes and women in the industry. After generating film for a private soccer coach and his team throughout the summer before attending Biola, Kobayashi continues to pursue this area of film. She now creates videos for Biola Athletics and enjoys seeing how her films have made an impact on athlete morale.

“I’m hoping to pursue editing in film because there are not many female editors out there. I’ve realized that before Biola all my film friends were just guys. When I came to Biola I realized there are so many women that love the same thing that I do,” Kobayashi said. “Honestly, we need more women in the industry… You have to be aware of the sexism out there, but that should not discourage you from pursuing it.”

Kobayashi’s experience as both a female film student and an athlete gives her a unique voice which she leverages to break down stereotypes on both the track and in the film industry.

“It’s nice being a woman athlete because it shows you are really strong,” Kobayashi said. “It’s just something that I love to do. I constantly want to improve and get stronger.”