Rebel with a cause

Summer Wagner blazes her path in the film department through challenging, provocative movies. 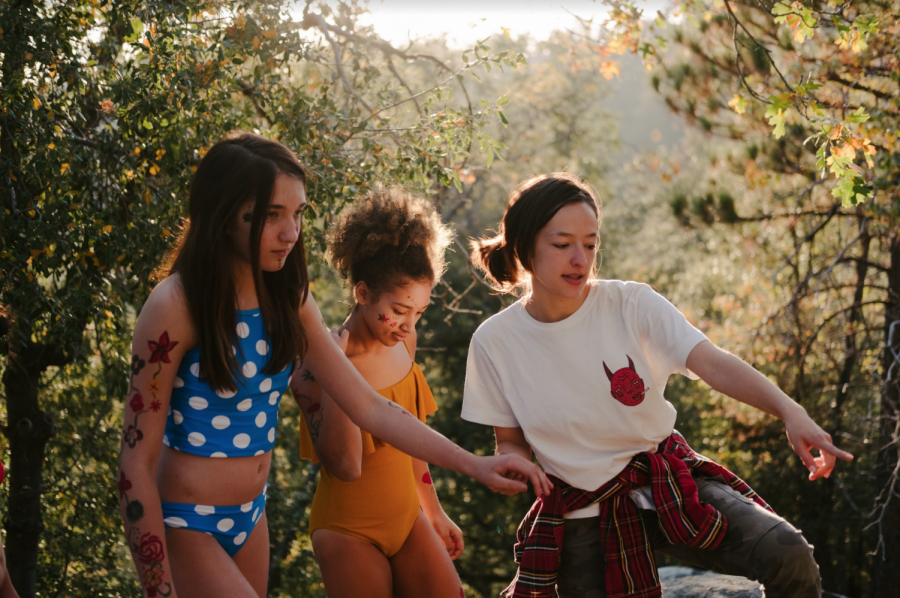 In 2017, Biola film “The Bacchae” premiered on campus as a small, contained story about the negative effects of purity culture. Today, the film is known as “Little Lantern” and has been selected to screen at eight film festivals across the United States. Eight. Most students have trouble getting their films into even one festival, according to associate professor of cinema and media arts Dean Yamada.

Directed by senior cinema and media arts major Summer Wagner, “Little Lantern” follows Wagner’s ambitions to tell socially conscious stories that challenge dominant viewpoints of modern evangelicals. The story takes place at a youth Christian summer camp, where 11-year-old Carmen is among the various students who are pressured by their counselors to avoid premarital sex. Emotional and provocative, the film pulls on tender heart strings through harsh, familiar experiences that oversexualize and trivialize women’s bodies.

“Little Lantern” may not appeal to many evangelical audiences, but Wagner wants to tell more stories that are politically conscious because she believes Christians need to be challenged when their practices are hurtful. Her films are real, familiar and visceral, standing as more than entertainment because she wants her films to represent diverse realities whose perspectives may be unfamiliar to many.

“In front of Biola audiences, ‘Little Lantern’ is much more chilling,” Wagner said. “People respond to it in silence because it’s a little bit too real.”
PROFICIENT VOICE
Along with “Little Lantern,” Wagner also produced and shot “What Happened 2 Chocolate City,” a documentary about gentrification in Washington D.C. and will also be interning at Cannes Film Festival in France this summer, one of the largest film festivals in the world. Her early successes are indicative of her clear talent and filmmaking proficiency as her films are complexly layered, taking audiences through journeys of self-discovery. Furthermore, her movies are not just provocative for the sake of being provocative. The messages she wants to tell matter to her, translating her unique voice into cinema that both entertains and provokes thought.

“I’ve seen her grow tremendously in her craft,” Yamada said. “I think she’s always had a voice, and I think she’s always been exploring that voice and in terms of her craft as a director. From the time she came in as a naive freshman to where she is now, she fully understands the filmmaking process.”

However, Wagner has not always had a passion for filmmaking. At first, she wanted to pursue theater, but was impressed with Biola’s film department and quickly started to find her voice as a writer-director. Though it was not until she collaborated with other creative women that she truly found her calling.

“The film world is male dominated and that absolutely carried into Biola’s culture in the film department,” Wagner said. “It was very difficult for me to find a space for anything I was trying to create in my first two years of making films. It wasn’t until I decided to collaborate with other women that I learned to love film… It becomes something that is super fun and important and lifegiving, to not just me but to other women in my life.”
SUBVERSIVE CINEMA
As ambitious as Wagner is, sometimes the stories she wants to tell make her classmates and instructors uncomfortable. For “Little Lantern,” she said she had to make some changes to her script in order to make the film more “palatable to the classroom.”

Nevertheless, her pursuit of difficult subjects is setting a precedent in the film school. Associate professor of cinema and media arts Lisa Swain said that since “Little Lantern” they have seen more developing films that tackle controversial or unsettling topics.

“I think it’s easy to go with stories that people will like or stories that will make people feel good,” said senior cinema and media arts major Katelyn Kolb. “But it takes extra courage as a Christian to expose the bad or the hurt and the reality.”

Wagner’s future appears bright. Interning at Cannes is no small deal. It opens up opportunities for her to shop her films and projects around to some of the most influential filmmakers in the world. At the end of the day, her films could be simple entertainment. But they are not. They open avenues for discussion and contemplation, while also giving a voice to those who may not have one.

“I’ve always wanted to create content that makes people think about how we function as human beings…predominantly in voices that we haven’t seen in the film industry,” Wagner said.