Baseball pulls off another win against Hawaii Pacific

The Eagles round out a four-game series against HPU on top, 3-1. 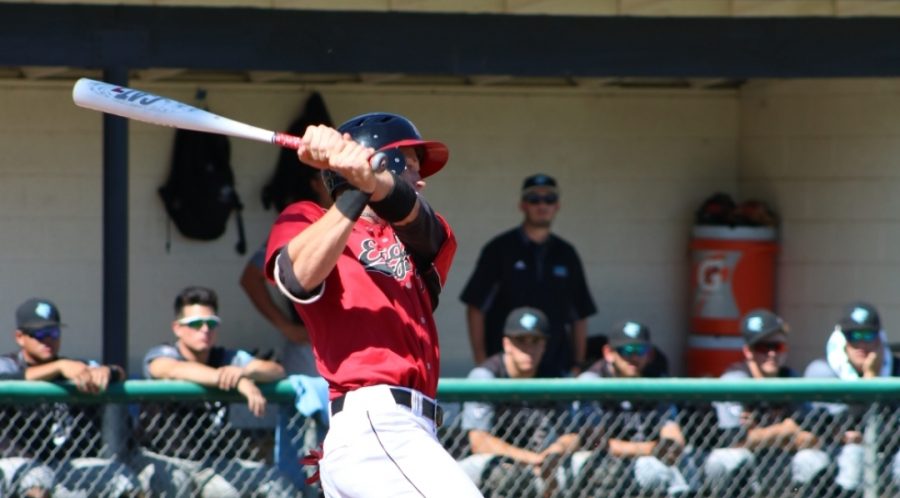 The Eagles took to the diamond on Saturday afternoon in their fourth game against Hawaii Pacific University this week. After losing to the Sharks just one day prior, the Eagles came ready to fight. It was a back and forth battle, but Biola pulled off the victory, 9-6.

It was a slow start for both teams. No runs were scored until the third inning when HPU went up 3-0. The Eagles quickly shifted the momentum away from the Sharks. A massive grand slam by sophomore second baseman RobertAnthoy Cruz brought home senior third baseman Joey Margo, freshman catcher Andrew Buglino and sophomore first baseman Tyler Piston. Senior left fielder Jerron Largusa scored a run of his own to give the Eagles a lead of 5-3.

“I liked how we battled it out, our pitchers did really well this week. We just competed very well.” Largusa said.

Larson Kindreich and Josh Ludeman both had an outstanding game from the mound.

“I am extremely proud of our pitching this series. They did a great job of keeping us in every ball game and allowing our offense to put runs on the board,” said interim head coach Justin Duarte.

Largusa brought in two more runs while Margo brought in one of his own to give them a 8-5 lead at the end of the sixth. Cruz scored the Eagles’ final run in the bottom of the eighth off of a throwing error by the Sharks.

The Eagles (24-16 overall, 15-13 conference) will head to Irvine, California on April 26 to face Concordia University in another doubleheader PacWest match up at 12 p.m. and 3 p.m.