Anna Vollema plans to undergo kidney transplant surgery in the summer—but she still needs a donor. 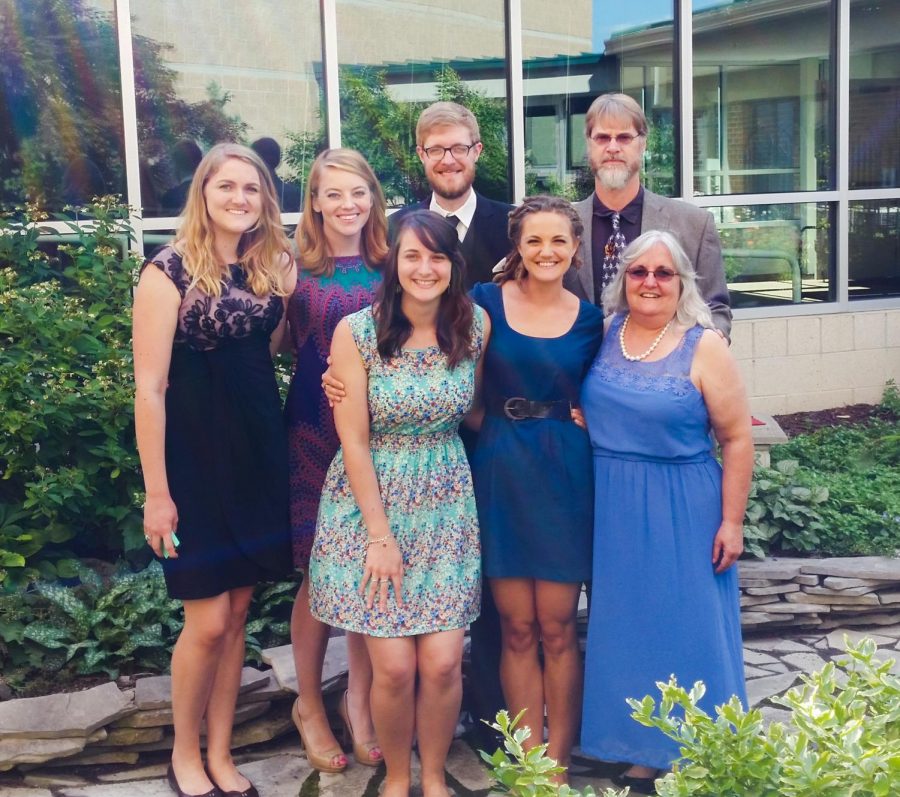 Sitting across from graduate student Anna Vollema, and seeing her kind smile, dirty-blonde dreadlocks and red plaid shirt tucked into overalls, one would never guess what is going on underneath her skin.

Anna’s kidneys are slowly deteriorating. She is not just defined by her health problems —she will be graduating in May with two master’s degrees in Old Testament and New Testament from Talbot School of Theology. As both of Anna’s kidneys are operating at only 17%, a few things, besides graduating, are at the forefront of her mind: kidney transplant surgery, finding a donor and raising $30,000 through GoFundMe. At this point, she has raised just over $11,600 with the help of her community.
THAT WAS THEN
Vollema was diagnosed with Alport Syndrome, a chronic kidney disease, while she was still an undergraduate student studying psychology at Biola in 2013. After multiple visits to the Biola Health Center, Staff Physician Dr. Tami Hocking suggested she get her blood tested and see a nephrologist. Due to a busy semester, though, Vollema waited so the Health Center eventually ran the tests themselves. They found that Vollema’s kidneys were only functioning at 50%.

“When I first found out that I had something wrong with my kidneys, before I knew what it was, before I was diagnosed with Alport Syndrome, I had my freak out moment,” Vollema said. “And I was kind of a drama queen, and I was like, ‘I’m gonna die.’”

With this fear of death came anger toward God, she recalls. Now, she is thankful for her “freak out” moment because it allowed her to process death and purpose in life, but also to grieve the brokenness of this world.

Vollema was diagnosed with Alport Syndrome at the Mayo Clinic in Rochester, Minnesota. The disease is due, in part, to genetics—each of Anna’s family members has benign hematuria, or thinly lined kidneys. However, the doctor said there is a one in a million chance that she would have the gene necessary for Alport Syndrome.. This disease was most likely passed down through her father’s side.

“I won’t forget the setting. We were in the exam room with [the doctor], and after that biopsy, he says, ‘It’s Alport Syndrome, and this is what it means,’” said Rick Vollema, Anna’s father. “It was hard to hear that. Again, hard to hear it just from the standpoint that one of my children are going to get to the point of needing a transplant, but also that more than likely, I’m the contributor. You never want to be the cause of your children’s pain.”
THIS IS NOW
Anna has continued her classes at Talbot since the diagnosis, but the need for a transplant became evident. More and more symptoms show every day, such as fatigue, brain fog, a decreased appetite and even more recently, heart palpitations.

With the growing need for a kidney transplant came the outpouring of grace and giving from Anna’s community. Many family members and friends have undergone testing to be a kidney donor— even Anna’s own sister, Tori Vollema. Tori looked like a strong candidate until she was denied last Thursday. The family is still looking for a kidney donor.

“Definitely when we first found out that she would eventually need a kidney, it was in the back of my mind. I would’ve done it then, and I would do it any day,” Tori said.

Friends have given in other ways, whether that be finances, prayer or even housing. Professor of Old Testament David Talley and his family opened up their home to Anna for the current school year. Anna lovingly calls him “Papa T” and says she has become part of the family.

“She takes life as it comes, including her failing kidneys,” Talley said. “For her, situations in life are opportunities to grow in love for God and for others. She believes strongly that the Lord Jesus is on his throne, and that she can rest in his unfailing love for her. In Proverbs 31, one descriptor of the godly woman is that she can laugh at the future. I have always loved that clause, and it characterizes Anna.”
LOOKING TO THE FUTURE
Anna’s plans are to one day teach Old Testament at a college level, ideally at Biola. Over her time as an undergraduate, God used Biola and an Old Testament class to turn her from being “borderline agnostic” and made Anna fall in love with Scripture and him again. She hopes to help others who are struggling to see that God’s goodness in the Old Testament and to help them fall in love with his character.

She hopes to have her kidney transplant surgery during the summer so she can be back at Talbot in the fall and take classes to transfer over to a Ph.D. in Old Testament at Trinity Evangelical Divinity School in spring 2020.

“I want to make it so clear that I am so thankful, just how many people have been graciously praying for me, offering encouragement. Offering financial assistance, right with the whole GoFundMe, people have been so generous. I’m just astounded at people’s generosity,” Anna said.