“Free Spirit” is too bloated to soar 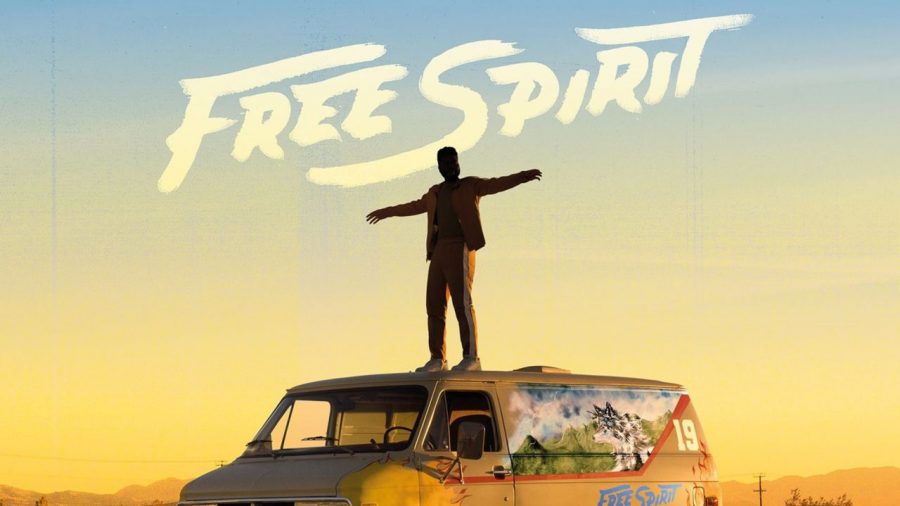 Fame and fortune bring only so much happiness to fulfill one’s urges and emptiness. Becoming recognizable and desired by the public can both be enjoyable and a burden. As Lady Gaga once said, “I don’t think I could think of a single thing that’s more isolating than being famous.” Though it may seem that becoming famous gives you everything, including relationships, it can be a very lonely experience.

Khalid rode a wave of stardom and fame with debut album “American Teen,” but brings us back to reality with his latest album “Free Spirit.” Having everything and everyone at your fingertips can only bring so much, and Khalid reflects on these deep feelings of pain and loneliness with his sophomore album. The numbness expressed throughout his life drives Khalid through struggles with substance abuse and fake relationships, yet all he longs for is peace and relief from this life, perhaps even his life of fame.

The album’s message is encapsulated in “Intro,” where Khalid introduces us to his struggles, saying, “I’ve been focusing on putting me first. Still could never see you with somebody else. I can’t even live with being by myself. That’s the part of me that really needs your help. Lately, I haven’t been doing very well. That’s the difference between heaven and hell.”

These themes pop up throughout the rest of the album, sharing his discomfort with fame, relationships and even his own self.

Through Khalid’s high falsetto notes and smooth guitar riffs, he displays the struggle of wanting love and feeling rejected throughout the album.

Khalid expresses the pain that love brings in tracks such as “Self,” “Alive” and “Heaven,” departing from his common teenage angst that fans were introduced to in “American Teen.” All three of these songs contain deeper, more mature lyrics that express the deep loneliness and pain Khalid struggles with. Khalid shares these feelings with us in “Alive” by expressing his deep sorrow through his melancholic vocals and the all-encompassing synthesized beats. However, the strength of this song is not just from the music but also the lyrics: “Gatekeeper, can you show me more to life… I shouldn’t have to die to feel alive.”

Titular song “Free Spirit” and the seventh track “Don’t Pretend” are two of the weaker tracks among some of the deeper songs on the album. “Free Spirit” builds with every intention of dropping into an impressive hook, however, the song takes a more mellow unsatisfying turn, “We’ll be free spirits, free spirits. Can you hear me calling? Oh, it’s all or nothing.” This song may seem airy and light, but its lack of interesting sounds and lyrics stifle its originality. Similarly, “Don’t Pretend” is also far from impressive, because it lacks any entertainment value, resulting in just another filler track on an already crowded album. Both songs are worthy of being skipped.

“Paradise” and “Better” are the true R&B songs on this album. Sensual and smooth, “Better” expresses the promiscuity of a secret relationship: “Nothing feels better than this, oh no. We don’t gotta hide, this is what you like I’ll admit, Nothing feels better than this.” Do not ignore this track, because its silky, smooth vibe features desire and romance. Khalid also brings the funk with his neo-soul track “Paradise.” The lyrics are far from memorable, but “Paradise” encourages listeners to stand up and move to the groove.

“Free Spirit” ends with “Saturday Nights,” a poor choice after the much more emotional tracks before it. The album has a lot of filler, radio-friendly tracks that have little business being on it. The 17-track album is too large and the better tracks on “Free Spirit” can be overshadowed by the extremely crowded album.

Overall, Khalid’s second album struggles through ups and downs. There are some great songs on this album and Khalid should be praised for his ability to create a meaningful track. However, where the “Free Spirit” excels, it is also held back because of its oversized track list. Some of the tracks on the album, although fun, can simultaneously be boring.

The album is definitely not the best showing for the sophomore R&B artist, but Khalid shows some promise of what is to come in a hopefully long, successful career.