Audiences are in for a mediocre thrill with the latest Stephen King adaptation. 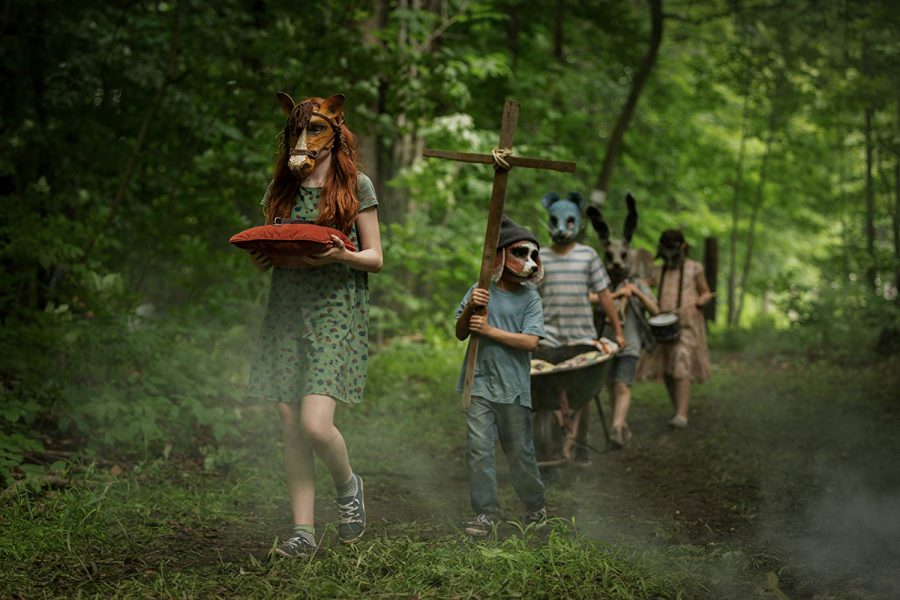 Stephen King’s novel “Pet Sematary” was first adapted into a major motion picture 30 years ago. A master of the horror genre, King’s book-to film adaptations are often profitable, so it comes to no surprise that a remake of the classic from directors Kevin Kölsch and Dennis Widmyer was released this past weekend. The film is absolutely terrifying, but ultimately fails to connect the viewer with the characters and subject material.
HAUNTED HAPPENINGS
The film begins in complete chaos with a house on fire, panning to a car in the driveway with a bloody door. The score picks up and frightening images set the tone of the film, which then cuts to the Creed family driving from Boston to the small town of Ludlow, Maine. Louis, portrayed by Jason Clarke, talks to his wife Rachel, portrayed by Amy Seimetz, about how the move will bring them closer as a family, a theme that recurs throughout the movie.

However, before they finish moving in, the haunting begins through a pet cemetery on the family’s property that the neighborhood uses to bury their animals. This sparks warnings from the living and even the dead that the barrier is not meant to be broken. Their neighbor Jud, portrayed by John Lithgow, takes Louis past the barrier in the pet cemetery to resurrect their cat. The cat comes back to life, prompting Louis to think about resurrecting his child.

While Louis is dealing with the mystery of the pet cemetery and the grief of losing a child, Rachel is being haunted by her past. When she was a child, her late sister Zelda, played by Alyssa Levine, had spinal meningitis. Their relationship became strained, with Zelda going as far as saying that Rachel would die and suffer the same way. Zelda, undead children and much more haunt both the characters and the audience. Through modern technology and a new perspective, this film revamps every monster, making them scarier than any version from the previous film.
ANALYSIS
While the horror is ramped up, it overtakes the mystery, toning it down through confusion and making it difficult to find a true antagonist. To figure out who the antagonist is, you must compare the living and the undead. In the film every undead character is evil and can only be such, while the living can be good or evil. All of the undead rise again to haunt those who have brought them back, which is seemingly redundant. Jud tells Louis that it used to be the Native Americans’ land and evil spirits are bringing back the dead. However, this is not explored any further and thus has no conclusion to who the antagonist is. This refusal to address the antagonist ultimately stifles the film, leaving the audience confused and frustrated without any real character to hate.

Ultimately, Louis’ grief drives him to bring his child back from the dead, shifting the very nature of his character. Scenes like these highlight the film’s two strengths of visceral acting and solid scares. Clarke is a terrific actor, and he does not disappoint here, embodying the mindset of the fearful audience. His performance carries the film through its horrifyingly frightening scenes, but is not enough to make up where the script lacks.

The breaking of the pet cemetery’s barrier turns out to have more than one effect. Instead of developing this idea though, the film focuses on the resurrected cat or Zelda to get cheap scares out of the audience. It eventually all comes to an end, but a twist ending will have both fans familiar and those not familiar with the original story thrown for a loop.

While the film does not dive deep into subject material, what you will find at the top layer is terrifying. It may not be the best King adaptation, but if what you want is horror, you will get it. The undead will be haunting you days after you see the film, so break the barrier and check it out.