The Biolan community comes together with their families and peers in a unique way. 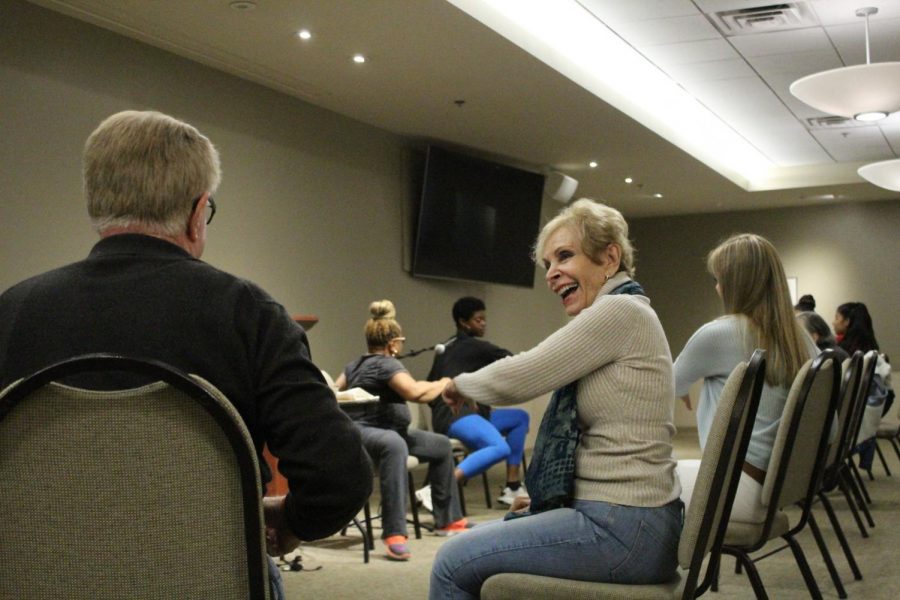 Biola held its 11th annual Grandparents Day on April 5. The advancement events team created events, like sitting aerobics and tours of the school that grandparents could partake in alone or with their grandchildren.

Hugh and Marty Bedford sat on a bench by Heritage Cafe waiting for their grandchildren and recalled their long history with Biola. The couple had just returned from a tour of the Alton and Lydia Lim Center for Science, Technology and Health, the building which they donated funds to. The Bedfords have been connected to Biola for the last 35 years through their children and grandchildren who attended the university. They say that Grandparents Day is good for understanding the spiritual community, and for picturing what their grandchildren’s lives are like.

Grandparents Day presents a unique opportunity for grandparents to strengthen their relationship with their grandchildren. Hermelinda Mcmillon was able to see her grandson, freshman undeclared major Gabriel Ambriz, working as a tour guide and said she was proud of his hard work. Additionally, being present on campus allows grandparents to experience both the classes and the regular student traffic that happens daily. It also allows them to attend intramural games and other activities.

Freshman human biology major Mia Schow brought her grandparents to her intramural soccer game so they could watch her play. Schow’s grandparents, Kathy and John Gilliland, sat under a tree as they reminisced about Schow’s games when she was in elementary school.

“She used to pick up dandelions and bring them to us,” Kathy Gilliland said.

Scenes like Schow’s are common throughout the Biola campus during Grandparents Day. The event also offers a carefree day away from classes for those who participate.

Assistant director of advancement events Deannah Baesel added they hope students can “share” their grandparents with those who have none, allowing for all to be involved.