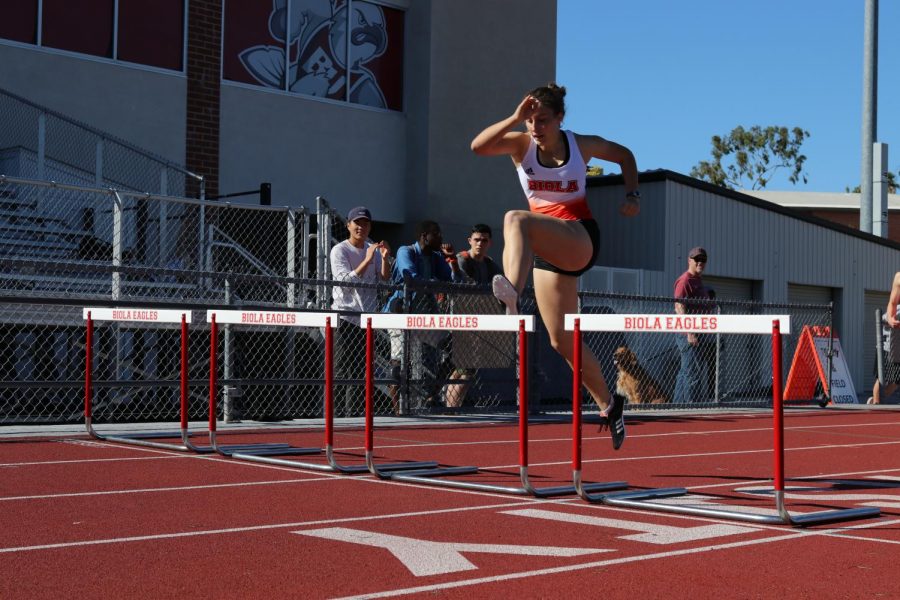 The Eagles flew high during the Mike Fanelli Track Classic at San Francisco State University on Thursday and Friday. The team took to Chabot College track, setting a new school record and many personal best times within both the men’s and women’s events.

Junior Angel Escobar and senior Ryan Thompson both beat Biola’s school record during the men’s distance 10k run on Thursday night. Escobar finished the heat in first with an honorable time of 20:52.25, while Thompson ended the race in third place at 30:44.61.

Graduate student Micalea Pulliam represented the women for Biola, finishing 34th overall and setting a personal best of 37:13.62 in the 10k. Sophomore Anna Maumalanga also made her presence known by finishing fifth in the discus at 39.76m and placing 16th in the shot put with a toss at 10.90m.

Junior Paige LaBare took first overall in the women’s 100-meter, giving herself a new personal best with a respectable time of :12.25. Sophomore Hannah Hubbard also set a career best in the triple jump, placing second at a mark of 11.77m. Freshman Rebeka Preston wasn’t far behind her teammate, placing fifth with a mark of 11.35m.

Track and field will travel to Claremont, California on April 6 to compete in the Pomona-Pitzer Invite.