A Testimony of Grace: from unexpected loss to missional legacy 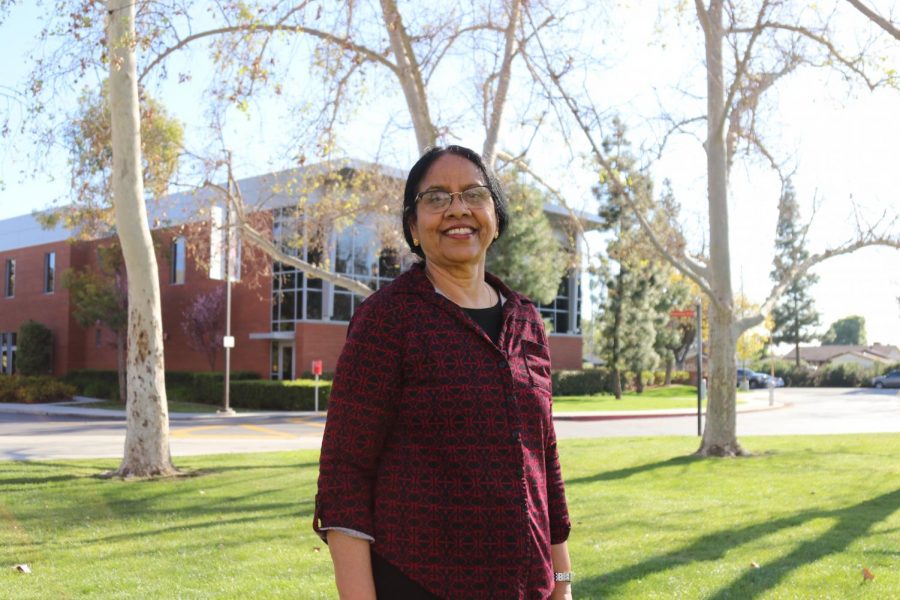 She never seems to be in a hurry, and her soft-spoken countenance masks a confidence much larger than her petite five-foot-tall frame. It is easy to pass by her small gray cubicle in the office of the registrar without pausing for conversation, but once she begins to tell her story—Danny’s story—it leaves the listener captivated by her immeasurable courage in the face of loss.

Born and raised in southern India, Gnaniah is far more than Biola’s immigration Specialist—she is a mother, a church planter and a warrior of faith. To this day she advocates for muscular dystrophy patients in Tamil Nadu, India, through the ministry her son, Danny, started before his death in 2000. Though the disease took their son nearly 20 years ago, Ranjini and her husband Jawahar still support Danny’s ministry by sending portions of their personal salary, and any funds they are able to raise, to “Danny and Friends” through their nonprofit organization, Global Friends Network.
DANNY’S STORY
“This is my Danny,” Ranjini whispered, pointing to the faded image of the smiling Indian boy in a wheelchair.  Even through the grain of the pixelated image, his brown eyes clearly shine with the same soft grace as his mother’s.

Ranjini noticed that something was wrong when Danny had trouble walking up stairs as a child. The first doctor she went to in India waved off her suspicions as a result of Danny’s weight, but Ranjini left the appointment confused and worried. She took Danny to a neurophysician who was anxious about his development but did not tell the Gnaiah’s the seriousness of his condition.

“In India culturally…they don’t reveal [the disease] if it is not going to be immediately affecting you,” Ranjini said. “He didn’t tell me anything.”

The Gnaniahs, who had already planted 12 churches in India, had been planning to move to the United States to get ministry training at Fuller Theological Seminary and left immediately after hearing the doctors’ frightening suspicions.

Two years after transitioning to the United States, Danny’s frailty continued to stand out compared to his active peers—he would never run or play with the other children at school. An orthopedic hospital in Los Angeles confirmed their fears when Danny was diagnosed with Duchenne Muscular Dystrophy. This type of degenerative muscular disease is the worst of its kind, and according to the National Organization for Rare Disorders, no curative treatment exists. As extreme muscle atrophy progresses during the teen years, complications like the deterioration of the heart, respiratory failure and muscular digestion issues are common.

The fatal diagnosis forced Ranjini to come to grips with a future she would have never imagined for her young son. The downward progression was rapid—Danny went from “doing everything normally,” to living in the confinement of a motorized wheelchair by age eight, Ranjini said.

“I felt [like] something died inside me,” Ranjini said in a statement.

Ranjini and her husband worked hard to cover medical bills, but because they only had student health insurance, they acted as Danny’s sole caregivers after he underwent a painful hamstring-lengthening surgery.

Perhaps equally painful was Ranjini’s deep maternal grief at the suffering and loss of her child.  When she shares her story, her expressions seem straightforward, but her voice quivers slightly when she describes with pride the selflessness of her son which first inspired their ministry.
FROM SUFFERING TO SERVICE
Danny’s own pain did not stop him from seeing the plight of those struggling with muscular dystrophy across the globe. It was while visiting India in 1992 that he witnessed the effects of extreme poverty and poor healthcare, which forced his peers to live out their short days suffering without the comforts he experienced in the United States.

“Danny’s heart went out [to them],” Ranjini said. “The children in India who are affected, they are confined to one room until they die. They were all poor, not having enough food to eat; [it is] a very pathetic condition.”

Shunned from society and forced to live in one room for the remainder of their days, these patients suffer societal alienation and extreme poverty, according to Ranjini. What little money their families once had has been exhausted on countless appointments with local doctors who vaguely label their rapid muscular degeneration as a “mysterious disease.”

Ranjini is taking steps to spread awareness about the seriousness of the disease. She has visited nearby physical and occupational therapy universities and challenged local orthopedic surgeons to communicate with patients the gravity of muscular dystrophy.

“In India, they may not disclose everything if it is sad because the parents’ heart will break,” Ranjini said.
THE MISSION
Even if doctors correctly identify the disease, the free medical system prevents proper care, as hospitals are constantly overflowing with the sick and dying.

“Patients are even lying down on mats on the floor,” Ranjini said.

It is no surprise that hospitals are so overcrowded. World Meters estimates that over 1.3 billion people currently live in India, accounting for nearly 18 percent of the world’s population. On top of this, NORD reports that nearly one in 3,500 males are born with muscular dystrophy each year. For 48 people, the small Danny and Friends building in Tamil Nadu, India serves as a home where they receive a daily meal and help from a physical therapist while hearing the gospel.

According to Ranjini, most of these families live in poverty and struggle for a cup of milk or an egg a day. The lack of proper diagnosis and care, combined with the disastrous healthcare system and poverty of patients, has created a huge need within the community of Indians suffering from muscular dystrophy. Ranjini is passionate about meeting this need with an emergency clinic she hopes to add in their existing building.

She intends to also take on a full-time nurse.

“If that happens I will be very happy,” Ranjini said with a faint smile.

She adds that all patients should be respected in their dying moments, as that opens up opportunity to share the gospel.

“They are especially curious about the hope of afterlife,” Ranjini said, who has been a Christian since she was 11. “I tell them that Danny ceased to live in this world, but he is living somewhere.”

She shared that Hindus and Muslims are especially interested in this ideology, and they ask where Danny is living. This opens up the door for her to describe Christ in a way that comforts them during their struggles with death.

“And then I tell them who is Jesus, what he has done, and what he has promised, what is the hope of being a Christian and what is the life after the physical death of this world.  So they are listening,” Ranjini said.

Some patients have already accepted Jesus Christ, and it is often the kids’ desire to have a Christian burial instead of the traditional Hindu cremation.
THE NEED
But she cannot meet all of the spiritual and circumstantial needs of patients on her own—she hopes to involve the Biola community in reaching muscular dystrophy patients, and even suggested sending teams of students on missions trips so that “they can pass along the stories to others.”

While God has been miraculously providing for the ministry, the physical therapist’s salary, food costs, electric bills and patient transportation expenses add up to $3,000-$4,000 each month, with each patient’s family receiving a meager $25 a month.

“They can pray and whatever they feel like giving—if it is a little amount—if we all join together a few students join and put one or two dollars each on a regular basis, that will help,” Ranjini said. “That will be a big help.”