Wins come from singles but aren’t enough to take down Colorado Mesa. 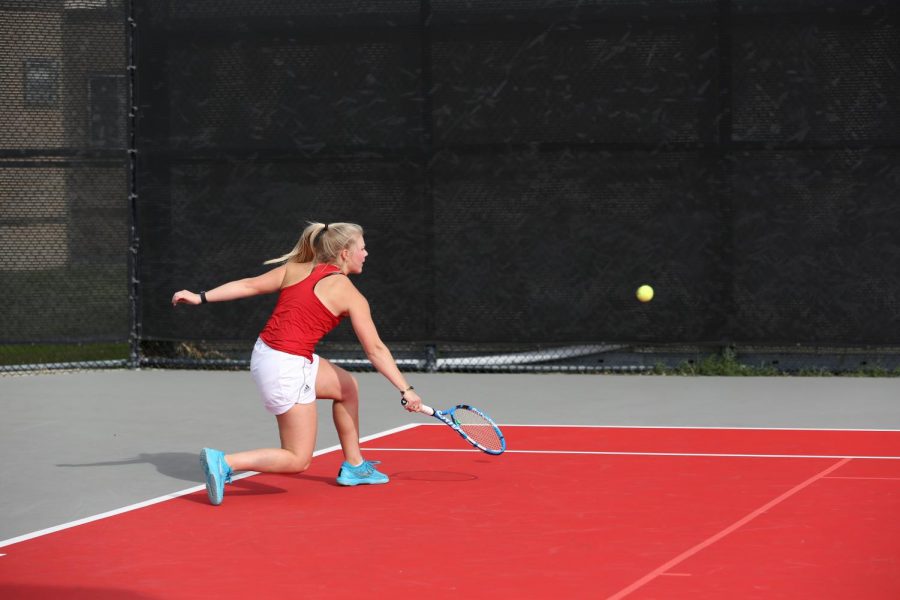 Photo by Amber Chen/ THE CHIMES

Biola women’s tennis fought in some close doubles matches, but lost against Colorado Mesa University came up big in singles to take the 4-2 team win on Monday afternoon at the Biola Tennis Center.

On the doubles side, Biola’s No. 3 team of freshman Inez Diaz and junior Allison Torres won 6-4. The No. 1 doubles team, sophomore Esther Lee and junior Lauren Lee, fell to Colorado Mesa 6-3. The tightest doubles match occurred on the No. 2 doubles court with freshman Anna Hartmann and sophomore Lily Waterhouse. Waterhouse and Hartmann saved several match points but could not climb back on top, losing 7-6.

“Goals are to come out confident after the loss last week, and to know that we can win and we do perform well as a team,” Hartmann said.

Junior Lauren Lee in the fourth singles spot was the first to finish her singles match with a decisive win, 6-1, 6-2. At No. 1 singles, Esther Lee followed suit with a 6-4, 6-3 result. Junior Tinisee Kandakai fought to the end, eventually losing in a third set to CMU. Colorado Mesa also won no. 5 singles, giving the visitors the match 4-2.

“Other than the points we gave up with double-faults, the match could have gone either way. At least we know what we need to work on and can take positive energy into the future,” said assistant coach Philip Westwood.

Biola (5-6) will be back out on the home courts Thursday at 2 p.m. to take on Ottawa University.