Eagles battle all the way to third set tiebreaker, but fall to Colorado Mesa. 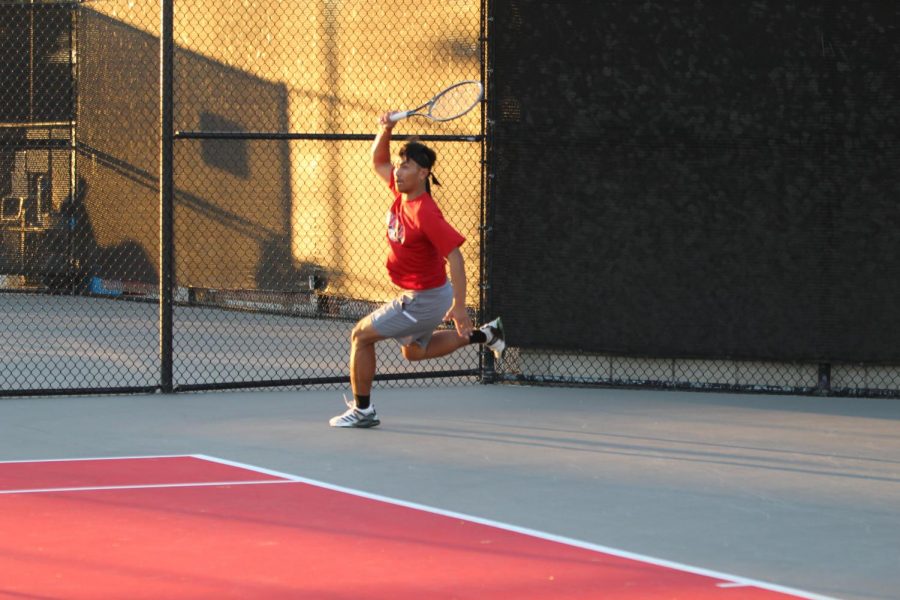 Biola returned home on Monday to take on Colorado Mesa University. The Eagles fought hard until the very end, but came out on the wrong side of a 4-3 loss that came down to a third set tiebreak.

The match of the day came at No. 2 singles. After dropping the first set, sophomore Logan Blair responded with a strong 6-2 win in the second. With the score 6-6 in the third and final set, the two players battled through a grueling tiebreak.

A chaotic series of events ensued with Blair up 6-5 on match point. CMU’s player called the ball out, but the referee appeared to call it in and the match done. The two players shook hands and the team stormed the court. Shortly after, though, several players from Mesa angrily approached the ref and the call was reversed. The two players battled hard until CMU eventually took the set, and the team win, 13-11 in the tiebreak.

Senior David Garcia and freshman Edwyn Ramos got the doubles matches started off well in the No. 3 spot with a quick 6-2 win. The Mavericks rallied, though, taking down juniors Derek James and Erik Martinez 6-2. The No. 1 duo of sophomores Logan Blair and Quentin Lau fell just short, losing 7-5 as Mesa took the doubles point.

“Honestly I was just tired of losing. Coach said he wanted someone else to step up, and I was really motivated by the way he said that. Today I just played well and I couldn’t be happier,” Ramos said.

Biola now sits at 6-6 and will look to bounce back at home on Thursday against Ottawa University at 4 p.m.