The new legal cases against the U.S. Department of Health reveal the debate is not about women’s healthcare, but about obtaining taxpayer-funded abortions. 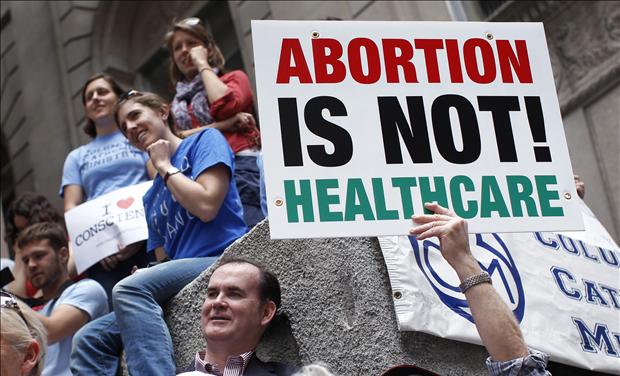 If you throw a rock into a pack of wolves, the one that barks is the one that was hit. After the U.S. Department of Health put into effect the new funding rules in the federal Title X family planning program—covered previously—22 states, including the District of Columbia and Planned Parenthood, have since filed lawsuits against the department.

But if one evaluates the official lawsuits, one quickly discovers a great discrepancy between the popular-level rhetoric of the pro-choice movement and their legal teeth. Despite constantly shifting the debate from abortion to women’s health rights, the popular-level arguments provide a dazed and confused look at the money trail. If Planned Parenthood’s argument that abortion is three percent of all they do, then how could cutting funding to such a small and negligible part of their services induce, according to their lawsuit, “a national public health crisis in short order?”

It is simple: the abortion debate is not about women’s healthcare. It is, to be clear, about abortion.
THE OFFICIAL LAW SUITS
In response to Trump’s new Title X funding rule, there have been three main lawsuits that have been filed: one filed by California, another filed by Oregon—and the last filed by Planned Parenthood. Each lawsuit is playing similar tunes concerning how to blend women’s healthcare with abortion.

California’s lawsuit was filed on March 4 by California’s Attorney General, Xavier Becerra. He writes, “The Rule now places California and its Title X providers in an untenable situation. If existing healthcare providers are forced to decide whether to provide full and accurate information to patients or forgo federal Title X funding, numerous providers will have no choice but to sacrifice needed funds, to the detriment of the patients they serve … [harming] the availability and quality of family planning services in California,” and “ultimately weaken the public health of communities in California and nationwide.”

Ronsenblum writes, “The Final Rule would impose burdensome and unnecessary restrictions that would reduce access to care… the Final Rule requires strict, unnecessary, and arbitrary financial and physical separation of any Title-X-funded provider from all facilities and entities that have virtually anything to do with abortion.”

They write, “As commenters on the rule detailed, pregnancies that are unintended, and thus riskier, will increase. The number of abortions will also increase. And there will be fewer tests for sexually transmitted infections and cancer screens—putting patients and their partners at great health risk.”

Each lawsuit is reiterating the same claim: if an organization must choose between providing abortions or providing for women’s healthcare, they will choose to forgo Title X funding to continue offering abortions.
THE ABORTION DEBATE IS ABOUT ABORTION
This is precisely the wedge being driven between Title X family planning advocates and the pro-choice movement. The original intention of Title X family planning was to provide family planning services for low-income families aimed at education, prevention and medical testing. But, most importantly for the current debate, it was explicitly passed to support family planning and not fund or off-set costs for abortion.

Under the former Title X funding arrangement, loopholes are used to offset the expenditures for abortion clinics. This is the central concern for the three lawsuits that have just been filed—by being forced to choose between women’s healthcare and abortion, clinics will opt for abortion.  California’s lawsuit goes as far as the make the connection for us. By sacrificing Title X family planning funding, Abortion clinics are more interested in taking the financial risk to continue supporting abortion instead of funding women’s healthcare.

The abortion debate is about abortion. It is not about women’s healthcare.
THE DECEPTION MUST END
The funding debate should reveal the deception of between the popular level rhetoric and the obscure financial and legal debate. Planned Parenthood made it clear that only three percent of all their services include abortions. This should mean that most of their services are aimed at women’s healthcare. However, it should at least strike us odd that by cutting funding to three percent of their services, it should induce a medical crisis, stop women from accessing 97 percent of their healthcare services, and force abortion clinics everywhere to close up shop.