Eagles put up a fight, but fall short in close matches. 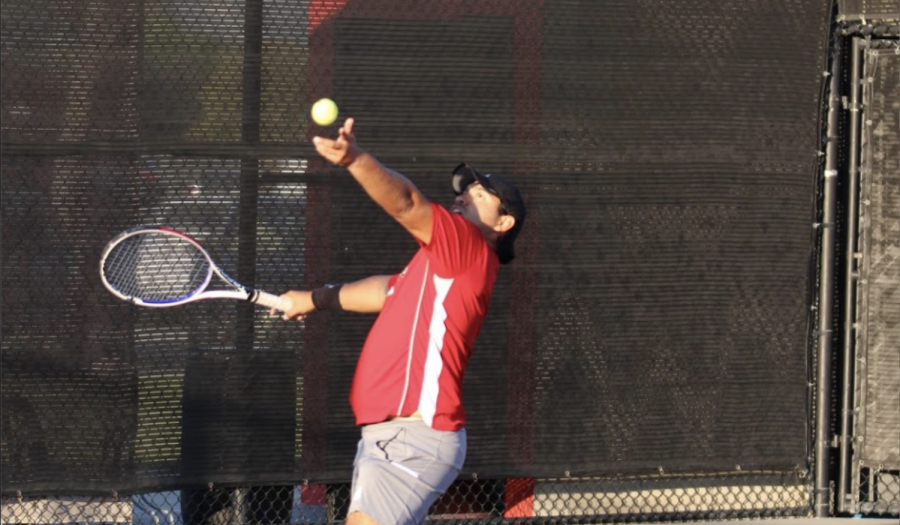 Men’s tennis traveled to San Diego to take on Point Loma Nazarene University on Saturday for their third matchup of the week. The Eagles fell short in many close matches, taking a final team score of 4-2.

Biola struggled in the doubles matches as only one duo picked up a win for the Eagles. The pairing of juniors Derek James and Erik Martinez won their doubles match by a close score of 6-4, but sophomores Logan Blair and Quentin Lau lost 7-5 and the pairing of freshman Edwyn Ramos and senior David Garcia fell short by a score of 6-4.

In two singles matches, PLNU forced a tie on the Eagles, but despite their efforts, Biola fell short in the end. Lau won the first set 6-2, but faltered 6-3 in the second and 6-1 in the final set. Garcia also won in a close first set 7-6, but dropped in the second 6-2. In the third set, Garcia managed to move ahead PLNU by a score of 2-1, but his match was left unfinished.

The loss moved the Eagles to 6-5 overall and they will return home to play Colorado Mesa University on Monday at 3:30 p.m.