Marvel’s Phase 3 stands above the rest

As the MCU’s latest era comes to an end, it deserves respect as the best to date. 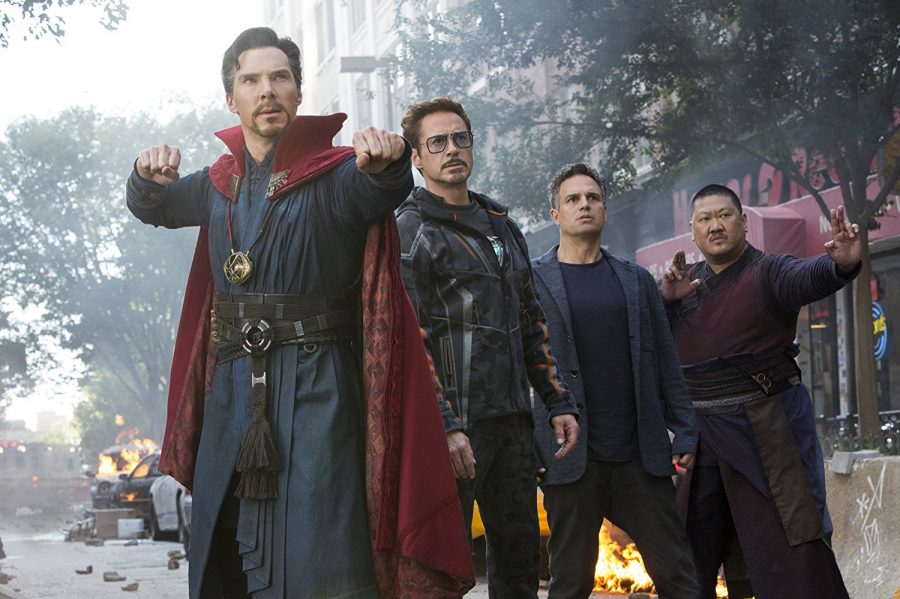 The star-studded Marvel Cinematic Universe is about to finish its third phase with the upcoming release of “Avengers: Endgame.” This raises the question: Which phase is the best? While each has its ups and downs, Phase 3 is arguably the best so far because it has produced the most fun and outstanding hits. While not a complete list, the following films demonstrate Marvel’s filmmaking ability at its highest.
“CAPTAIN AMERICA: CIVIL WAR”
“Captain America: Civil War” was the perfect way to begin Phase 3, launching our current state of Marvel films. The Avengers being torn in two reveals where each character stands, leaving the audience wondering if Captain America and Iron Man would ever be on friendly terms again.
“THOR: RAGNAROK”
The MCU recruited New Zealand filmmaker Taika Waititi to direct “Thor: Ragnarok,” which could not have been a better decision to revive the “Thor” trilogy. Waititi did an excellent job of making the film engaging, funny, nerve-racking and extremely enjoyable. Thor replaced his bland and unrelatable personality with relatability and humor. Simply put, the audience sees Thor at his best in “Ragnarok.”
“DOCTOR STRANGE”
By the time Phase 3 arrived, MCU had perfected its craft in making movies, and “Doctor Strange” was an example of such. The film was the first standalone in Phase 3, leaving a very impressive introduction to Doctor Strange. Not only did the film cover his transition process from brain surgeon to Sorcerer Supreme, but it also perfectly captures the stereotype of the arrogant doctor. Benedict Cumberbatch’s impersonation of the persona is nothing short of impressive.
“SPIDER-MAN: HOMECOMING”
Much like “Doctor Strange,” “Spider-Man: Homecoming” is an outstanding standalone film. MCU struck gold with Tom Holland’s Spider-Man. Holland captures the awkward Peter Parker that we see in the comics as well as the hilarious, fun-loving Spider-Man the audience knows and loves. Unlike “Doctor Strange,” this film is not an origin story, but a follow up to 2016’s “Civil War,” showing the growing father-son relationship between Iron Man and Spider-Man. “Homecoming” portrays the growth Spider-Man experiences throughout the film. As Uncle Ben says in the comics, “with great power comes great responsibility,” and Spider-Man proves he possesses both.
“BLACK PANTHER”
“Black Panther” gave the character an impressive standalone film. Despite being introduced in “Captain America: Civil War,” the film built upon the awe Black Panther received in his first appearance. “Black Panther” combines stunning visuals with spectacular acting, a thrilling story and an awesome villain. To top it off, MCU recruited Top Dawg Entertainment, one of the most influential labels in hip-hop, to form the universally acclaimed soundtrack. “Black Panther” stands as an example of just how far the MCU is willing to go and how hard the MCU is willing to work to make the ultimate movie.

The MCU is without a doubt one of the most successful film series of all time. Perfecting its craft in eight years, Marvel Studios has learned how to create high-quality films. Phase 3 is the ultimate compilation of teases and excitement, bringing the entire universe full circle. Yes, there are some great films in Phases 1 and 2, but Phase 3 fulfilled monumental prophecies we have all been waiting to see on the big screen. To top it off, the filmmaking simply became better. The films mentioned above showcases how Marvel really hits its stride after developing its identity.