The Eagles dominated the first game, but were taken by surprise in the second. 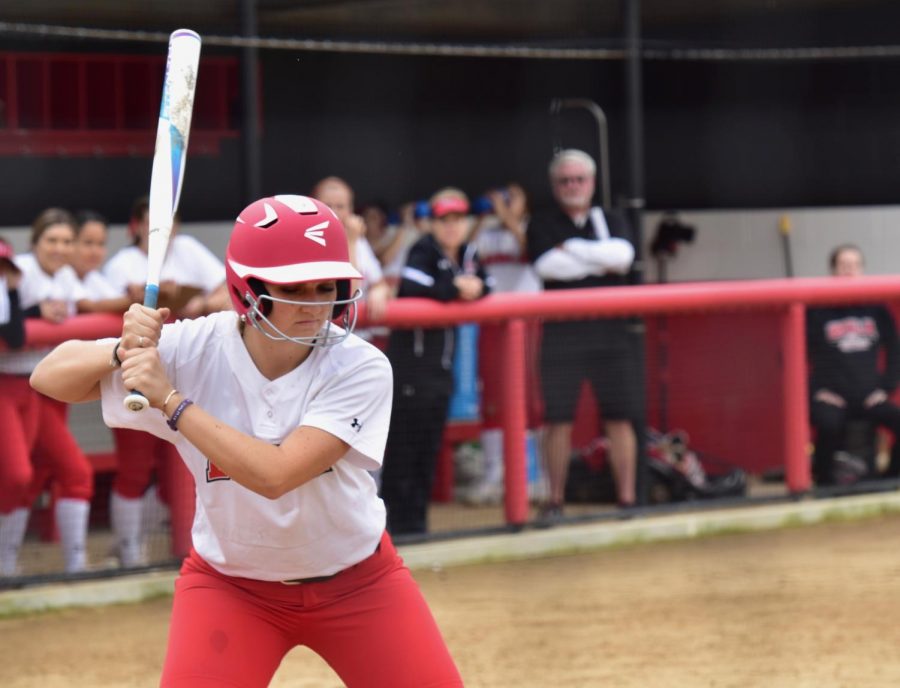 The Eagles hosted a doubleheader against Hawaii Pacific University at Freedom Field on Tuesday. Just one day prior, Biola swept Hawaii Pacific in another doubleheader. This time around, the Eagles easily won the first game 2-0, but took a surprising loss in the final game, 8-6.
POWERFUL PITCHING
The Eagles had total control as they started out the day showing promise of another sweep. The game was slow-paced, with only four hits from Biola and just two from Hawaii Pacific. However, sophomore pitcher Paige Austin threw a complete game shutout to give her 17 consecutive scoreless innings against the Sharks this season alone.

“The first game was really cool because I was able to trust my infield and they got the job done. I 100 percent trust them being behind me, so it flowed,” Austin said.

Along with Austin’s domination, junior catcher Kayla Neff put her team on the scoreboard by scoring the team’s first run on a wild pitch in the first inning. The fifth inning brought in another run from freshman outfielder Jennifer Morinishi thanks to an RBI single by Neff.

“I thought that we came out this past week with some good energy and some good complete games,” said head coach Nikki Udria.
SECOND GAME STRUGGLES
However, playing the same team four times in a row took a toll on the Eagles.

“They start to catch on but you just have to keep going, have them chase after it,” Austin said.

The Sharks showed more fight during the second game of the day. Hawaii Pacific came out of the first inning with two runs, while Biola only accumulated one run, courtesy of a solo home run by Neff.

“We need to improve on our base running. I keep talking about our baserunning and that’s what’s going to kill us is those mental errors on the bases,” Udria said.

It was a back and forth battle until the Sharks flipped the switch and went up 5-3 during the top of the fifth inning, scoring two runs. The Eagles were able to get the score to within one in the sixth inning, but let the game slip away in the end.

“We did all we could, but I’d like to see them come out to practice on Thursday with good energy and looking to get better. From here on out it’s going to be a grind and we got to prepare for that and buckle in,” Udria said.

The Eagles (9-9 overall, 4-4 PacWest) will take on University of Hawaii Hilo at Freedom Field next Tuesday in another back-to-back doubleheader at 4 p.m. and 6 p.m.