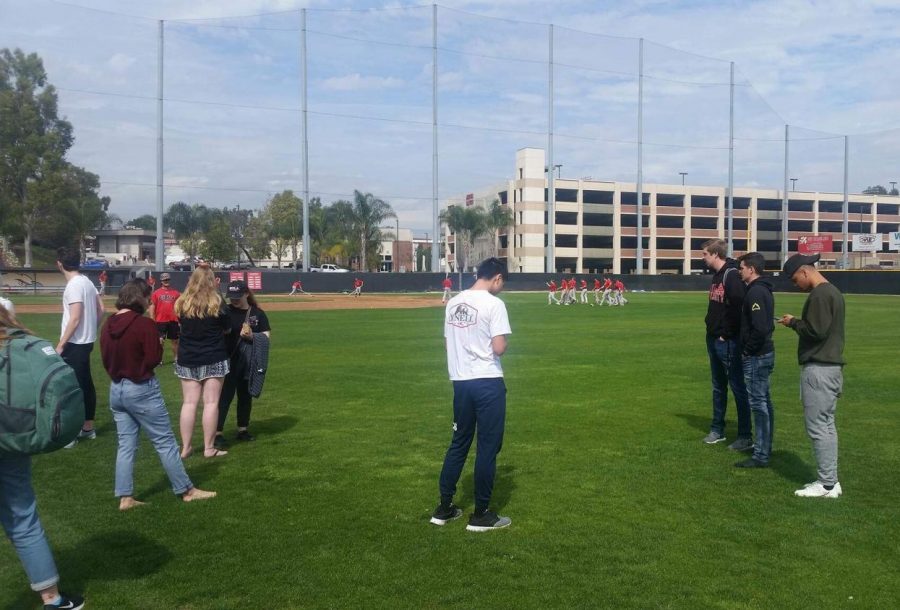 Students stand in the baseball field after being evacuated from lower campus due to a major gas leak.

At about 2:56 p.m., Campus Safety sent out a follow-up email to lower campus residents notifying them that the dorms were safe, but would remain without gas, including for laundry, for at least 24 hours. The email encouraged students who need to do laundry to go to Horton Hall.

After facilities services shut off the gas, the evacuation has been lifted and students are returning to their dorms, according to an alert sent out at about 1:42 p.m.

Spring break was met with an interruption on Tuesday as an underground gas line was hit during construction in the Hart Hall and Stewart Hall area, according to an emergency alert sent out by Biola at approximately 1:12 p.m. The Fire Department was sent to assist.

Biola sent out an emergency alert at about 12:57 p.m. warning of a major gas leak at the south campus dorms. Campus Safety also sent out an alert at about 1:02 p.m. ordering residents still on lower campus to leave the area and make their way to the baseball field. Officers are working to shut off the gas line.

This story is developing. Check back later for more updates.