Christianity and socialism are totally incompatible 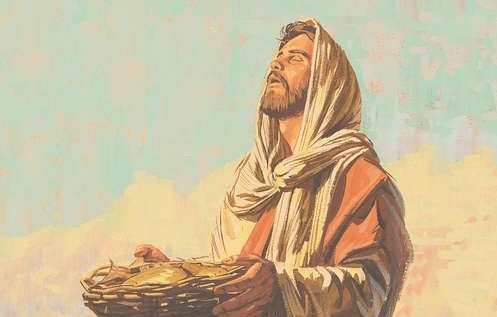 Luke tells us in Acts 4:32-35 that, in the early Church “all who believed were together and had all things in common. And they were selling their possessions and belongings and distributing the proceeds to all, as any had need.”

This wonderful story of Christian unity and compassion has taken on a distinctly political tone in the past few centuries. A favorite of “Christian socialists,” this passage has been bizarrely used to justify expanding the welfare state and introducing unfair graduated tax rates in our increasingly complex and irreligious society. Although this verse explores the Christian virtues of generosity and communal living, “Christian socialists” not only twist a small number of verses to fit their biases, they fundamentally deny many of the basic tenets of Christianity in the process.
THE LIE OF “CHRISTIAN” SOCIALISM
Christian socialists have often leaned heavily on two passages: the Acts verses cited above, and Jesus’ famous demand to “render unto Caesar that which is Caesar’s.” Though both passages describe how we should treat one another, in the hands of “Christian socialists” they are wildly twisted out of context.

We have good reason to doubt the claims of “Christian socialists” who justify their views with the Acts passage. Although we see early Christians taking on communal lifestyles without much hesitation, most modern “Christian socialists” have twisted the passage in Acts from an exclusive calling for the church and instead turned it into an exclusive calling for government. If a “Christian socialist” wishes to impose the economic system of a group of poor, persecuted early Christians from the first century upon an entire country, perhaps they should lead by example and give all of their property to the poor. This hypocrisy comes about due to the fact that these Christians, even while using the Bible as a defense, know that Christ demands personal, not corporate generosity.

Some come at it from a different angle. Doesn’t Jesus require us to “render to Caesar that which is Caesar’s?” Jesus certainly says these words to tactfully jump the treasonous bait that his enemies had lain for him, but this reply is hardly an argument for government expansion. These words were directed toward imperial subjects, not the people setting the rates of taxation. Jesus demands obedience, not an expansion of the state. In a democracy, however, we are each “mini-Caesars.” Through representation, we set the rates that our fellow citizens will have to pay to the government. This should be a sobering realization—if we are to expect the privileges of caesaraic power, we must realize that we will be judged as caesars.
LEGALIZED THEFT
Not only does the Bible not support socialism, it also fundamentally opposes it on moral grounds.  Even if one believes that Jesus does require his followers to eschew wealth for the sake of the Gospel, his message does not encourage his followers to weaponize the ballot-box to force fellow citizens to pay higher tax rates than they do. As 2 Corinthians 9:7 puts it, “Each one must give as he has decided in his heart, not reluctantly or under compulsion, for God loves a cheerful giver.”

The most basic understanding of Judeo-Christian ethics will tell you that it is wrong to take things that do not belong to you. The fact that such thefts support the welfare of others and are done with the faceless anonymity of the state makes no difference. A vote for socialism is a vote for theft, and God will not count as charitable those who are generous with other people’s money.
THE GOSPEL OF ENVY
The foundation of socialism is envy. It is worth mentioning that covetousness was prohibited in the Ten Commandments or that envy is included in the list of Deadly Sins. Envy is considered so deadly because, like pride, it begets more sins.

The 10th commandment is not the only statute broken when envy is allowed free reign. Once socialism is put into practice, the eighth commandment is inevitably broken when one citizen does not want to surrender his property and has it taken from him by force. In some cases, a person who resists redistribution will have his life taken, thus violating the seventh commandment.

Paul presents a pretty clear image of the way a Christian should view money. The rich “are to do good, to be rich in good works, to be generous and ready to share.” This frames wealth as something of a spiritual gift which can benefit the Church as long as the wealthy give generously to their fellow human beings. Paul demands generosity, but he does not tolerate laziness, instructing the Thessalonians to expel slothful Christians from their fellowship. In his first letter to Timothy, Paul writes that, “if anyone does not provide for his relatives, and especially for members of his household, he has denied the faith and is worse than an unbeliever.”

Paul envisions a church of industrious, generous believers who are reliant upon one another rather than the government. His economics are rooted in the most intimate bonds between humans, sheltered under the umbrella of a common faith and dependent upon the hard work and willing generosity of believers of every income. Socialism is based upon incessant greed, shameless materialism and the nagging paranoia that somewhere someone has got it better than you. Christians should embrace the former and reject the latter, agreeing with the apostle Paul when he writes in Ephesians 4:28, “let the thief no longer steal, but rather let him labor, doing honest work with his own hands, so that he may have something to share with anyone in need.”