The Eagles are in their final season as budget cuts terminate the program. 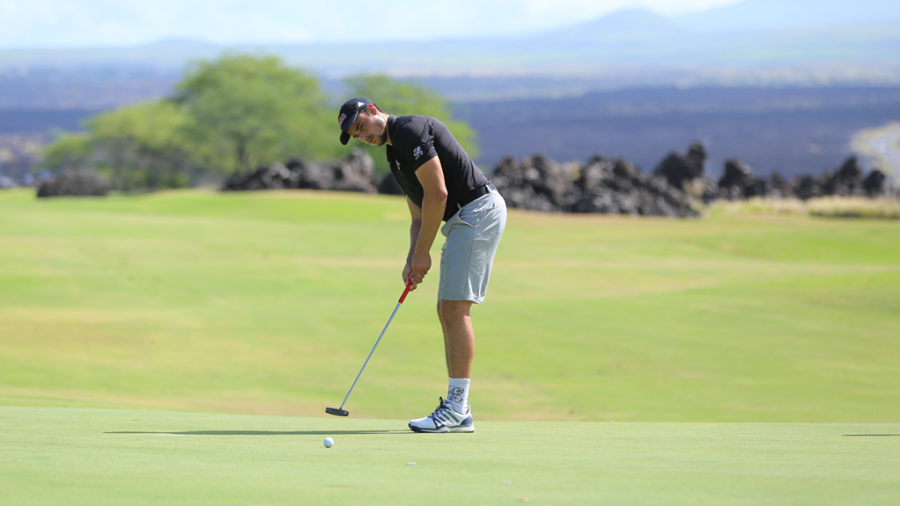 The final season of men’s golf at Biola is quickly coming to a close as the university is doing away with the men’s golf program. Nearly 12 years after the program was added to the athletic department, it is being removed entirely due to campus-wide budget cuts that were put into place back in 2017.

The gradual phase-out means the players were given time to come to terms with the fate of their program.

“I think collectively as a team we are grateful that the school gave the program a phase-out. They were initially going to cut the program at the end of the 2017 spring season,” said head coach Cory Page. “The parents got together, met with the school, and they agreed to do a two-year phase-out. I am really thankful that they did that.”
MOVING ON
It was then time to take action. The program had to act accordingly to ensure the best possible experience while working against the clock.

“We stopped recruiting last year because we knew that [men’s golf] was going to get cut, but it is still hard because knowing next year other guys won’t be a part of it,” said senior Dominic Ariondo.

The phase-out allowed most of the team to finish out their careers as seniors.

“It was determined this sport would be phased out similarly to a teaching-out of an academic program. This team has been a great part of Biola’s Athletics Department, and we are proud of all that these hardworking student-athletes have achieved!” said athletic director Bethany Miller in an email.

Two Eagles also decided to walk on to the team. Juniors Karson Dreher and Scott Hatfield both took advantage of this being the team’s final season. It has allowed them to have the opportunity to play a collegiate sport.

“I joined late, so I kinda came at the right time. I knew it was the last time, so I expected it to be a one-year thing. It is unfortunate, it’s kinda tough, but we are making the most of this final season,” Dreher said.

The players who have been with the program all the way through are sad to see it go. However, they said they have been able to show humbled character by keeping positive attitudes.

“It’s going well, as well as any last season could. We are just trying to take every opportunity as it comes because there aren’t many left and just trying to make the most of it as a team, together,” Ariondo said.

This squad of six has also formed family ties throughout this emotional journey.
KEEPING SPIRITS HIGH
“It has brought us closer as a team because we realized that not that everyone is against us. I’m roommates with a couple of the golf guys, so that makes us even closer. I’ll just miss the comradery because we are basically a family,” Ariondo said.

Page, whose son Kaden is a junior on the team, came into leadership as head coach when previous coach Max Allen departed due to other business obligations.

“[I was] fortunate that they hired me and the opportunity that they hired me and help these guys finish on a positive note and represent the school and all that good stuff,” Cory Page said. “Definitely thankful and really-really proud of the guys on the team, how they have maintained a level of high character. They have grown together as a team, just experienced all the things that college athletes get to experience. Definitely overall a really pleasant experience. We are looking forward to keep improving in each tournament.”

The Eagles are gearing up to host the Biola Invitational on March 17 and 18.

“Golf is kinda unique because it is a year-round sport, we have a fall season and a spring season, and we dramatically got better as the fall season wore on. So I’m looking forward to the same thing happening this semester as well,” Cory Page said.

In the meantime, the golfers say they realize the importance of making the most of every situation. They are keeping their heads up and focusing on finishing out their careers strong.

“We are getting ready for that, and it should be fun,” Dreher said.