The Eagles started their Hawaii trip by getting swept in a doubleheader against HPU. 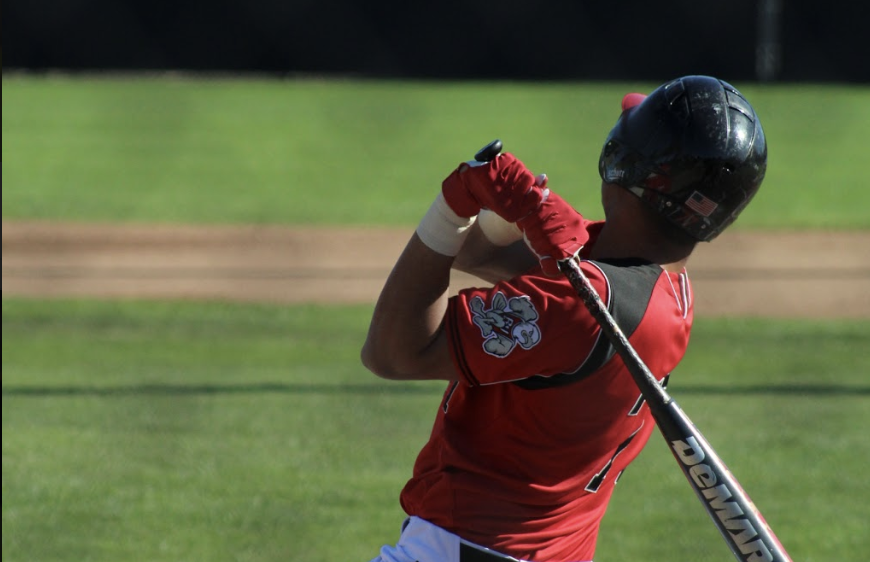 Biola baseball started its annual trip to Hawaii with a doubleheader against Hawaii Pacific University on Saturday. The Eagles struck first in both games but eventually succumbed to HPU, losing 6-1 in the first game and 7-5 in the nightcap.
BATS FALL QUIET
The Eagles drew first blood in game one when sophomore outfielder Ryan Gallegos scored on a throwing error from Sharks catcher Kyle Layugan in the top of the first inning. However, that would prove all the Eagles could muster against HPU’s pitching staff.

Freshman pitcher Brayden Englert, in his first collegiate start, went 5.2 innings with two earned runs, 10 hits, a strikeout and two walks allowed. His struggles came in the third inning when a one-out triple, RBI single, stolen base and another single accounted for the two runs he gave up.

With two outs in the bottom of the fifth and runners on the corners, redshirt sophomore pitcher Honus Kindreich took over for Englert. He recorded the third out of the inning but gave up two more runs in the seventh, albeit just one unearned, as Hawaii Pacific extended its lead to 4-1.

The Sharks added two more in the eighth thanks to a costly Eagles error on a bunt attempt to put the game out of reach.
BULLPEN BLOWS LEAD LATE
This time, it was sophomore third baseman RobertAnthony Cruz who got the Eagles off to a good start. His RBI single scored Gallegos to once again put the Eagles up 1-0 in the first inning. Biola added to its lead in the fourth with solo home runs from senior outfielder Jerron Largusa and junior outfielder RJ Bates. The long balls were the first of the season for each player, and Bates’ first as an Eagle.

The Eagles added a fourth run on an RBI double from Largusa in the fifth. They loaded the bases in the sixth, and senior second baseman Joey Magro laid down a perfect squeeze play to extend his team’s lead to five.

That was all the Eagles could muster on offense, however, and soon the tide turned. After five shutout frames from senior starting pitcher Troy Stainbrook, junior reliever Josh Ludeman took over. With two outs and one on, the Sharks hit two straight singles and a two-run triple to narrow the Eagles’ lead to 5-3.

Head coach Justin Duarte pulled Ludeman in favor of freshman pitcher Larson Kindriech. The younger Kindreich immediately struggled, allowing a run on a passed ball to bring the Sharks within one. A walk and an RBI single later, the game was tied.

Despite the pitcher’s struggles, Duarte left Kindreich in the game, and in the eighth, HPU took the lead off him for good with an RBI double and RBI single. The Eagles could not get anything going in the ninth, and the Sharks sealed the sweep with a 7-5 win.

The Eagles (3-4) will finish their series with two more games at Hawaii Pacific on Monday.