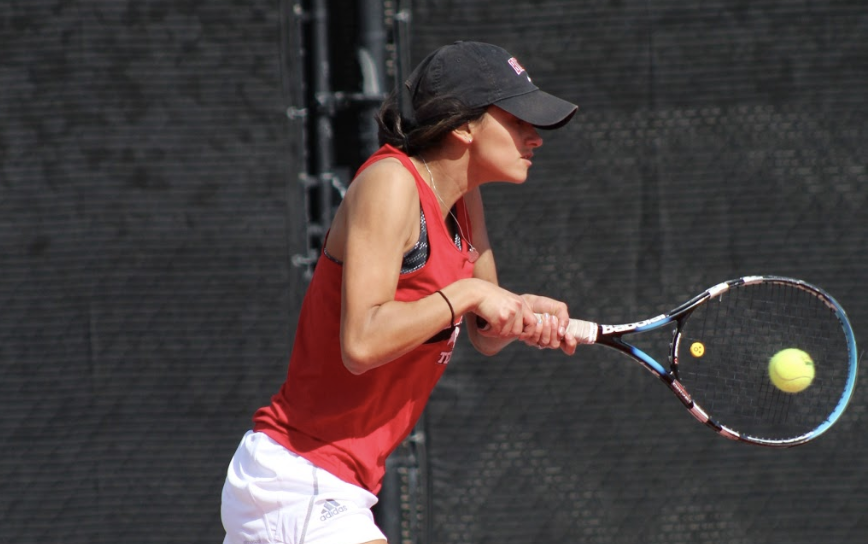 Women’s tennis dominated Whittier College Saturday morning at the Biola Tennis Center. It was a team effort that resulted in a clean 5-0 sweep in favor of the Eagles.

First came the doubles matches, and sophomore Esther Lee and junior Lauren Lee finished their No. 1 doubles match on top, 6-2. The pair gave a strong performance to set the Eagles off on the right foot.

“We brought a lot of energy to the court which I thought was really nice. We were just pretty solid overall,” Lee said.

Next in the doubles matches came sophomore Lily Waterhouse and freshman Anna Hartmann. The pair gave Biola their second win of the day, defeating the No. 3 doubles team, 6-4. Freshman Ines Diaz and junior Allison Torres were leading in their first set of the No. 2 doubles match, 5-3; however, the game was unfinished.

“I was consistent and stayed in the point so that just produced a win. This match gave us a lot of encouragement for the upcoming matches, and I’m just excited to see where this season goes,” Lauren Lee said.

“I thought we played really well. We have mostly the same team as last year, and I think we just showed a lot of maturity this year. We had a very young team last year, mostly all freshman and sophomores, so this year I feel like we have a lot more experience in understanding how to get through those matches and I think that was the big difference today,” said head coach David Goodman.

The Eagles (2-2) will continue play next Saturday at 2 p.m. at the Biola Tennis Center against Fresno Pacific University.