“Isn’t It Romantic” is actually romantic

Rebel Wilson’s latest film presents a hilarious, meta-way to view the genre of romcoms film as a romcom itself. 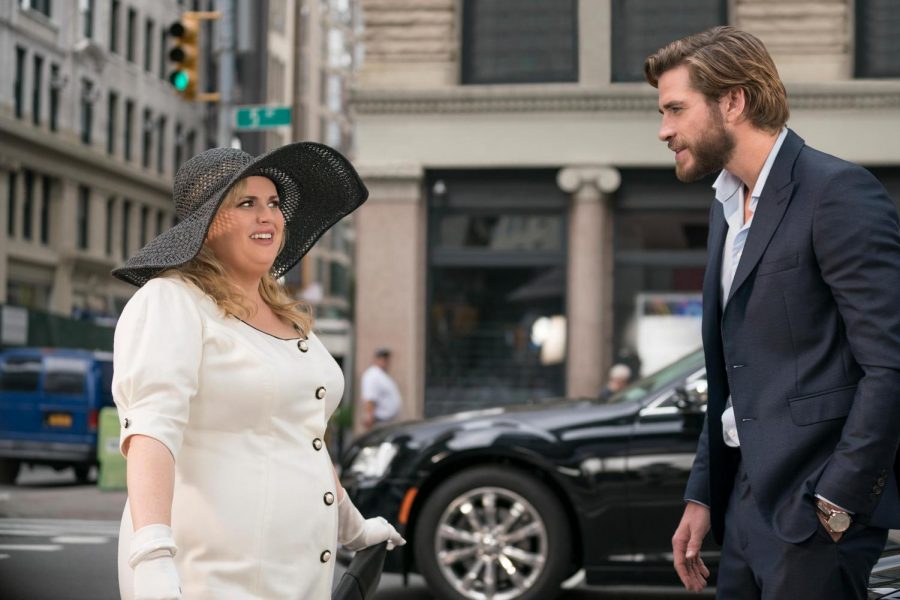 Before you can love anyone, you have to be able to first love yourself––at least enough to take some truth from a romantic comedy. That is exactly what Rebel Wilson learns in her own PG-13 romantic comedy, “Isn’t It Romantic.”

The film is most definitely in the top tier of romantic comedies considering the reviews from Rotten Tomatoes––67 percent, Metacritic––60 and IMBD––6/10 are poor, but not terrible. It may be prudent to note that this genre is on the rise in Hollywood again, as we look to movies like “Crazy Rich Asians” or the remake of “Overboard.” The plot of “Isn’t It Romantic” may also seem a little too familiar with Amy Schumer’s recent blockbuster, “I Feel Pretty,” in which the main character also hits her head and has a new optimistic outlook on life.

Natalie, portrayed by Wilson, is a struggling architect in New York City––the most typical setting of any romantic comedy. She wakes up in her atrociously sad apartment with her dirty dog who cannot even simply roll over. Natalie comes into work only to be handed menial tasks like getting coffee or fixing the printer––work that not even the interns would do.
ROMCOM-CEPTION
Modern films often ask the question, “What is true love?” This film takes this question to a new level with a true understanding of the film’s own identity. The movie and its characters are extremely self-aware of what fits the criteria for a classic “romcom”––including epic friend-zones, romantic triumphs, dance montages and a hilarious karaoke scene.

Natalie then rants to her assistant, Whitney, portrayed by Betty Gilpin, on her struggle to understand how some people can see life as candy canes and rainbows like it is some romantic comedy. To Natalie, life is not and never will be a rom-com. She is so baffled by the idea that someone can have their perfect match in front of them and they still will not recognize it. She also cannot figure out why the female leads of romcoms have beef with other females in the workplace, or why there is a montage or dance scene for everything. The plot is so clever as it takes a very meta-approach to almost act as tribute to the romantic comedy genre.

A run-in with a mugger in the subway results into her smacking her head into a metal support beam that knocks her unconscious. Ironically, the queen of cynicism toward love then wakes up in her own romantic comedy and cannot even angrily curse about it because dump trucks and alarm clocks bleep out her now PG-13 life.

The movie quickly jumps into the thick of the plot with what the audience is waiting for––Wilson winding up in her elusive romcom adventure.
I WANNA DANCE WITH SOMEBODY
There are fun montages, dance scenes and pop music overlaying every movement in the story––but would you expect anything less?

The movie cannot but help bring about a smile with its realistic and “beguiling” sense of humor, as Natalie’s romcom supermodel-architect boyfriend Blake, portrayed by Liam Hemsworth, might say. Natalie is confused by her situation the same way anyone would be, with much uncertainty, confusion and irritation. Through her new pair of rose-colored glasses, she struggles to realize the world is not the problem, but rather her own outlook on life.

Many may want to live in a romantic comedy, but if they are truly honest about it, they may be as off-put as much as Natalie is by the idea of viewing the world with romanticized optimism. A friend-zone is too easy, as is giving a chance at love.

Take a chance at loving a good, funny movie and go take your honey to see this “13 Going on 30”-esque romantic comedy. The nostalgia alone, with nods to “Pretty Woman” and “The Wedding Singer,” will make it worth your date night.