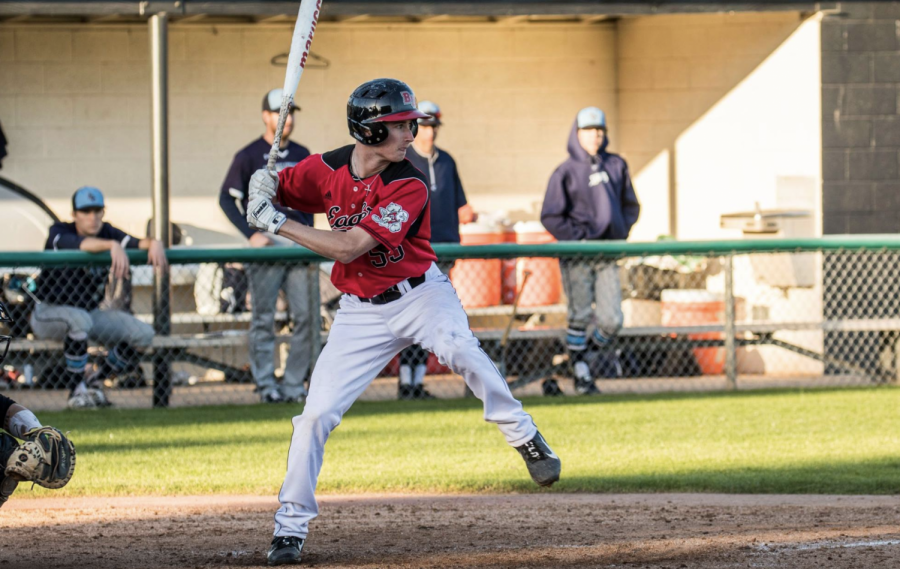 Biola took on San Diego Christian College at Eagles Diamond on Monday for their second home game against the Hawks in three days. The Eagles jumped on top early, then notched five runs in the sixth inning before the game was called in the middle of the inning due to rain. The final score of the shortened game gave Biola a 10-3 win.

The Eagles put their first few runs on the board thanks to some sloppy play from SDCC in the first inning. After senior left fielder Jerron Largusa flied out, a throwing error from the Hawks allowed sophomore shortstop Connor Kostecka to score, and a later throwing error allowed sophomore designated hitter Ryan Gallegos to score and make it 2-0 Eagles after one.

The Hawks brought the game to 2-1 with a home run in the second inning, but a wild pitch in the bottom half brought senior third baseman Anj Bourgeois home to make it 3-1. The highlight of the game for Biola came in the fourth inning when freshman catcher Caleb Watson crushed a ball over the center field wall for a two-run homer to put his team ahead 5-1.

The Hawks continued to stay in the game with two more runs in the fifth inning, but all doubt was put to rest in the sixth. Kostecka got the scoring started with a single up the middle that plated sophomore center fielder Brandon Cody. Back-to-back bases loaded walks brought home another two runs, and a single from sophomore first baseman Jackson Collins made it 9-3.

The final run of the day came on a wild pitch from the Hawks that allowed Largusa to score. The rain then began to come down heavily and the game was soon called because of it. Junior right-hander Kenny Carillo picked up the win for the Eagles with five full innings pitched before senior right-hander Joey Leavitt pitched the sixth and final frame.

With the win, the Eagles improve to 3-1, and they will look to continue their hot streak at Hope International University on Tuesday at 6 p.m.