Young swimmers lead the way for Biola in four-day meet. 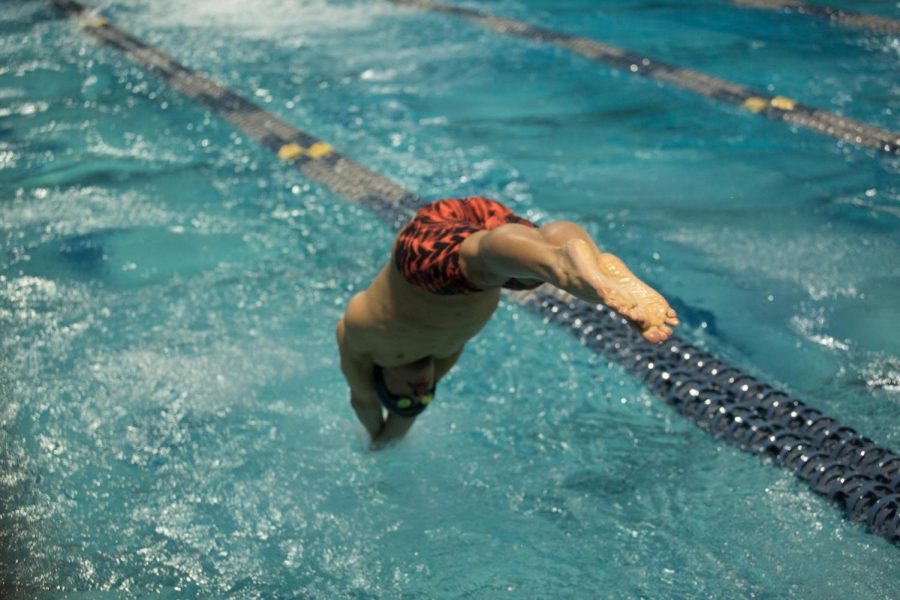 Day two brought rain and individual freestyle events. Junior Emily Silzel finished 18th in the 500-yard freestyle with a season-best time of 5:08.32. Freshman Faith McAllister and junior Matthew Roe both finished 12th in the 200-IM and 50-freestyle respectively, bringing in much-needed points for Biola. The Eagles ended the day with 185 points on the women’s side and 248 on the men’s.

Junior Raymond Kam led the Eagles on day three, breaking three school records and finishing third in the 100-butterfly. Biola’s top finisher for the day came from Roe taking second place in the 100-backstroke with a time of 0:52.75. The ladies’ side swam strong as well, with McAllister swimming a season-best 11th place finish in the 100-butterfly and freshman Katelyn Harper accomplishing a personal best with a fifth place finish in the 400-IM. Biola closed out day three ranking eighth on the women’s side and fourth on the men’s.

Day four proved most successful as the Eagles broke four records. Roe broke a record in the 100-IM and later re-broke his own record in the final swim with a time of 0:53.27. Harper also broke a record in the 1,650 and Kam in the 200-breaststroke. The men’s 400-freestyle relay team of Roe, Kam, Villa and Owens took fourth place. The women’s team of freshman Annie Bristow, freshman Kasidee Pascoe, junior Rachel Stinchcomb and Silzel finished in fifth place.