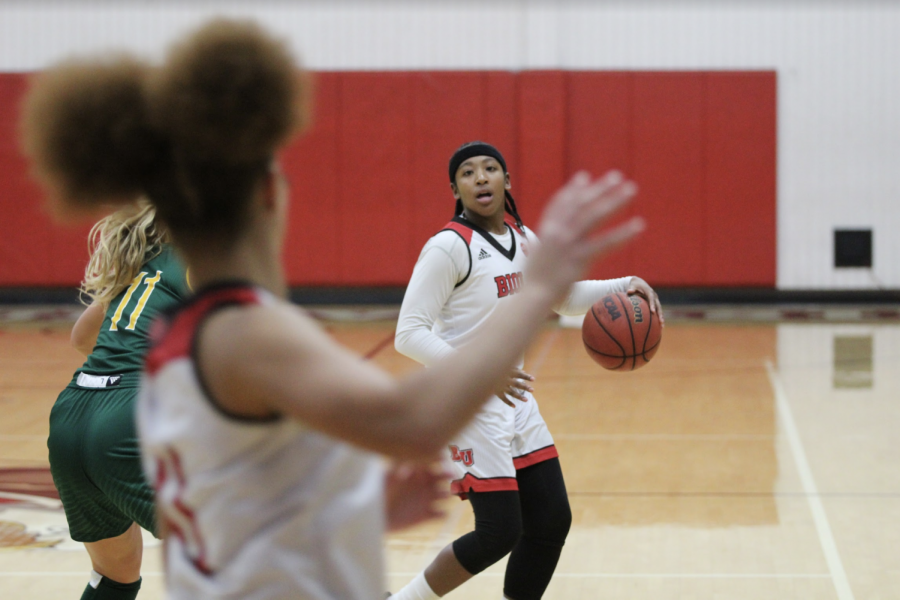 Women’s basketball fell short in their final PacWest road matchup against Fresno Pacific University on Thursday night. The Eagles kept up with the Sunbirds in the first quarter, but fell further behind as the game progressed toward the end, posting a final score of 83-67.

In the first quarter, both teams came out strong by trading ties. The Eagles scored three 3-point shots from junior guard Brenna Khaw and senior forward Jessica Shill, helping carry them throughout the beginning of the quarter. Biola began to fall short within the last five minutes of the quarter, falling behind 21-15.

The second quarter proved the hardest for the Eagles, as they only scored 12 points. Junior guard Tatum Brimley led the team by scoring 10 points—which moved the score to 41-27 at half.

Biola worked to catch up in the second half by putting up 12 points in the paint each quarter. In the third quarter, sophomore forward Jazz Benn led the Eagles with eight points to catch up on the scoreboard. The quarter ended with the Eagles trailing, 59-42.

In the fourth quarter, the Eagles fell behind by 23 to the Sunbirds at 4:35. Biola worked to close the gap by scoring their highest number of points at 25, with 18 of the points scored from the bench. However, the Eagles ended with their fourth straight loss by a final score of 83-67.

The Eagles all contributed, making 34 points in the paint. Junior forward Mikayla Greens carried the Eagles by grabbing 10 rebounds. Benn and Shill each scored 11 points.

The loss dropped the Eagles to 7-10 in the PacWest and 9-14 overall. The Eagles will have a chance to break their four-game losing streak against Hawaii Hilo University at home on Tuesday at 5:30 p.m.