Baseball brings the bats at Vanguard

The Eagles’ offensive explosion helps them to the first win of the season. 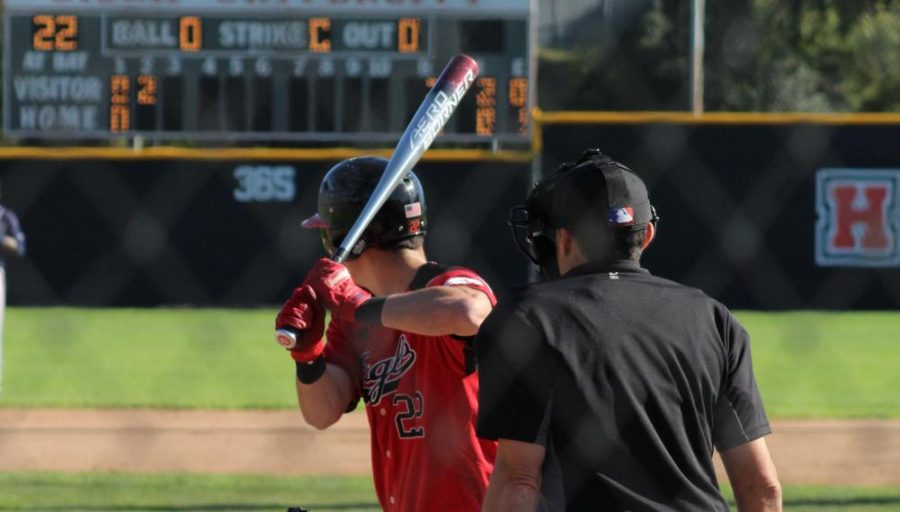 Baseball traveled to Vanguard University on Tuesday, looking to pick up their first victory of the year against their old conference rivals. The Eagles did just that, erupting on offense in an 11-5 victory over the Lions.

After scoring no runs in their first game, Biola’s offense finally came alive, getting started in the first inning when senior outfielder Jerron Largusa hit a two-RBI fielder’s choice to give the Eagles an early 2-0 lead. But the Lions responded in the bottom half of the inning with four runs of their own, putting them ahead 4-2.

Redshirt freshman catcher Andrew Buglino got the offense going again in the fourth inning, ripping an RBI single to left field to cut the gap to 4-3. Senior second baseman Joey Swagro grounded out, but the tying run came across the plate to knot it at four apiece. Sophomore shortstop Connor Kostecka singled to right field to score two and give Biola a 6-4 lead.

The monster fourth inning concluded with two more runs off a home run by sophomore first baseman Ryan Gallegos to boost Biola’s lead to 8-4. The Lions homered in the fifth to make it 8-5 Eagles, but that was the closest they would come from then on.

Biola padded its’ lead with a big ninth inning, starting with an RBI single from sophomore third baseman RobertAnthony Cruz. Sophomore pinch hitter Cole Beemer put the game on ice with a two RBI single to push the final score to 11-5.

Sophomore right-handed pitcher Anthony Villegas picked up the win for the Eagles. Senior right-hander Troy Stainbrook started the game, but was pulled after an inning and change.

Biola (1-1) will look to continue their winning ways with the first of a three-game series at home against San Diego Christian College at 2 p.m on Friday.