“The Lego Movie 2: The Second Part” builds upon the first

Life lessons, big name actors and LEGOs blend together for an epic sequel. 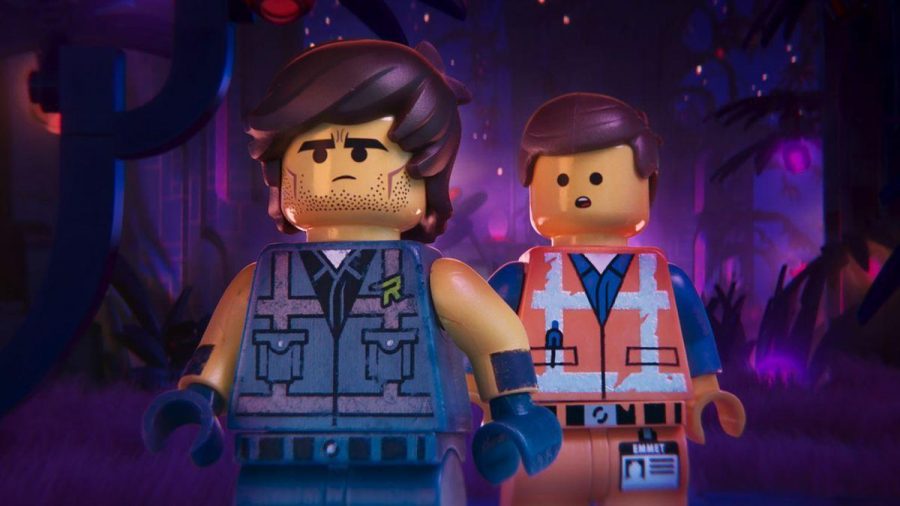 Director Mike Mitchell follows the gargantuan success of “The LEGO Movie” with a sequel that hits all the right marks while holding its own semblance of uniqueness. It perfectly blends enjoyable comedy with meaningful messages and features an all-star cast that stands nothing short of exceptional. All these things, combined with its engaging animation, make “The LEGO Movie 2” one of the best comedies of the year.
CAST LIST
This sequel features many impressive actors and actresses that anchor the film. Chris Pratt takes on not one but two roles as both Emmet Brickowski and the story’s villain. Not only does the film have many veteran actors as main characters, it also has many of them as supporting roles including actors such as Bruce Willis, Jonah Hill and Channing Tatum as well as Jason Momoa, who reprises his role as Aquaman in a LEGO form.
OUTSIDE REFERENCES
The film’s best characteristic is that it references to other movies, such as the Batman films. Such as the line “You are not my type, even when you were Christian Bale.” However, the script never goes to the point of breaking the fourth wall.
LEGO WORLD AND REAL WORLD
Mitchell does an excellent job of connecting the real world to the LEGO world in the sequel. In the first film, the actions in the LEGO world and the real world were connected. Likewise, in this film, different actions made inside the LEGO world are represented by choices made in the real world by human children. The connection is smooth, understandable and not at all contrived.
THE MESSAGE
A lot of people would most likely think that a deep message could not be found in a movie revolving around LEGOs. While that may be, both of the “LEGO Movies” manage to accomplish this. The common theme throughout the “Lego Movie” films is to think creatively and be open-minded. The sequel gives the message that sharing ideas and having different views on the world should be accepted.
OPTIMISM VS PESSIMISM
Optimism has always been a key theme in the “LEGO Movie” series, best exemplified in the song “Everything is Awesome.” The sequel proceeds to carry that theme into the plot as well. However, it also contains mental attitudes such as pessimism. Ultimately, the film addresses the power of choice in how people see the world around them.