Women’s tennis wins big in first match of the season

Individual victories come from all around as tennis kicks off 2019. 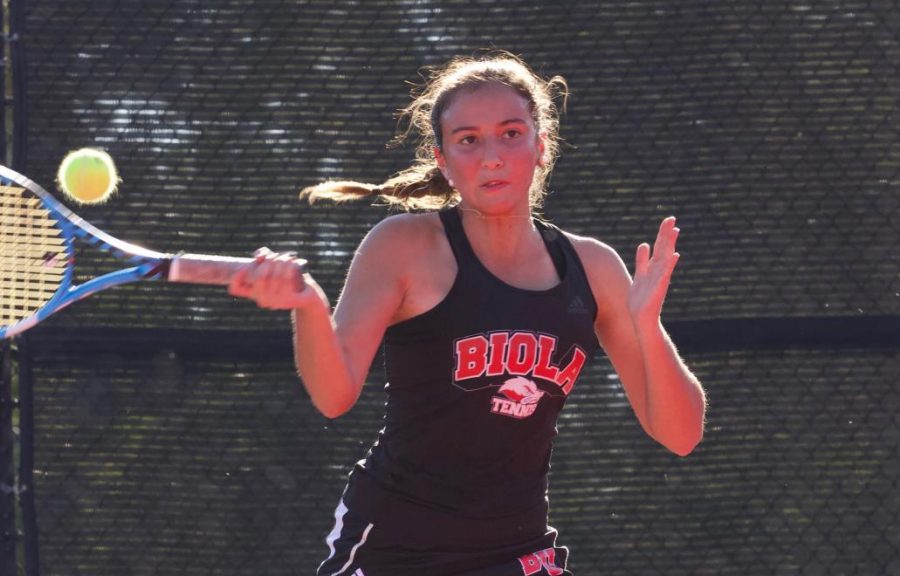 Biola women’s tennis started off the new year strong with a sweeping win against Hope International University on Thursday afternoon at the Biola Tennis Center. The Eagles took the match in a 4-0 team victory, including wins for all three doubles teams.

“It’s always nice to start the season off with a win. We have been working really hard preparing,” said head coach David Goodman.

The no. 2 doubles duo of freshman Ines Diaz and junior Allison Torres gave the Eagles a boost early on, winning 6-0. Sophomore Sarah Morgan and freshman Anna Hartmann followed their lead in the next doubles match, winning by a final score of 6-1. A dominant showing in the doubles arena set Biola up for a successful run into singles matches.

Sophomore Lily Waterhouse led off the singles by winning both sets 6-0. Hartmann followed close behind, taking the sixth-seeded game 6-1, 6-1. With all six of Biola’s players ahead, Torres closed out the match with a 6-3, 6-1 win.

Diaz, a much anticipated addition to the team, commanded the court in her doubles win, and despite a singles match that went unfinished once the Eagles clinched the team victory, continued to praise her teammates.

“I was more nervous because today was my first college match but that win felt great. I know Allie and I make a great team,” Diaz said.

The Eagles (1-0) will be back at home Saturday at 4 p.m. to take on San Diego Christian College.