Hear why the junior business marketing major is running for president of the Student Missionary Union. 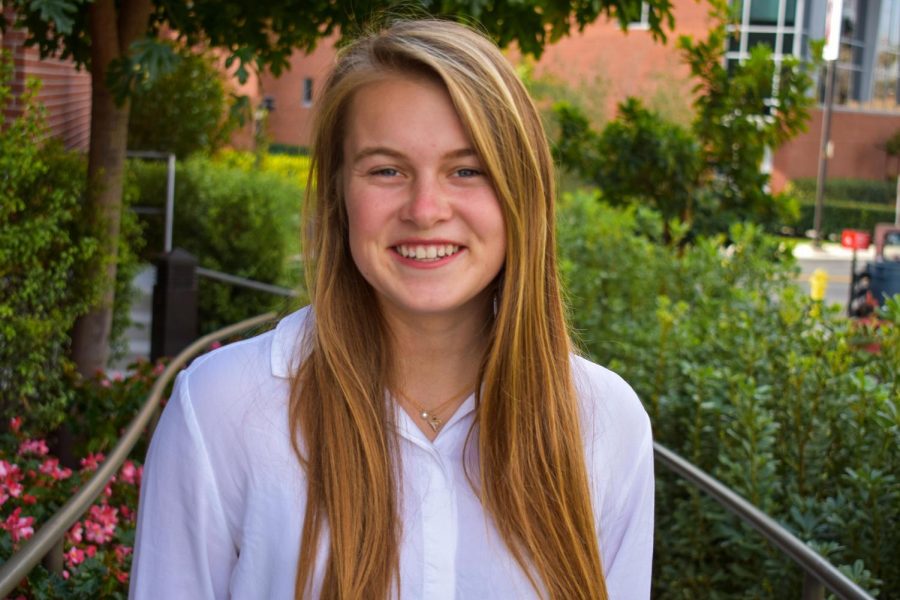 Q: Why do you feel equipped to lead SMU?
A: I went on a trip with SMU first, so I’ve gotten to… be involved with SMU in that capacity, but then this year, I am also on the board of directors for SMU as the director of administration… I’ve gotten to be in all of those and take in part and participate and engage, and bring suggestions and ideas, and so I really know what’s going on behind SMU—a lot more than most people would outside of the board of directors meetings. And so, it’s just been really cool to see what kind of foundation we’re starting to build this year, on top of what we already have, and I think that me having that kind of knowledge is, really helpful in moving towards a position as the president…

I would say I’m pretty personable and relational, but I also have a good balance of doing administrative work and having connections with people and being able to just get tasks done. So it’s like a really good balance that equips me to lead people in an organization well, and also to kind of just help SMU go on for its 96th year of existence.
Q:  What do you think SMU’s role is? How would you define it?
A: SMU’s role is to equip students so that they can be sent out to participate in the Great Commission. So we’re here to prepare and equip and have students engage with, ultimately learn more about Jesus, and learn how important it is to like take our lives on mission… SMU’s job is ultimately to show us and give us an opportunity to be missionaries, to share the gospel, to be a part of the Great Commission in a capacity that at other universities that don’t have SMU wouldn’t necessarily be able to [have]. And it also really empowers students to do that, because all the trips are student-led…  And that just gives students the opportunity to really take ownership and the call that Jesus has placed on their lives. I think SMU is just really there to ultimately take us toward fulfilling the Great Commission. In small, but really faithful and obedient ways.
Q: Where do you think SMU is falling short now?
A: I think right now something that we’ve actually been working on is kind of creating better partnerships with mission organizations overseas. Right now, people can just kind of like choose wherever they want to go, which is so great, but we also want to be able to have a sustainability where we’re coming back to the same places and building relationships with the ministries and the people that are already there…

I think also just continuing better communication and structure within the organization… as I’ve watched this year, there’s been moments of miscommunication and structure that I would love to just continue to build on that and grow it and fix it in ways that I think would be really helpful to carry on for the years after.
Q: What are some changes you want to bring to SMU?
A: Well, I think continuing on making SMU more inclusive, because I think in years past it’s been easy to just have the same people be a part of it, or the same type of person and yeah, it really does draw a certain type of person towards it, but also it draws people as well. So continuing to create and cultivate that inclusivity not just in the office but on trips as well. And then, I think continuing to make for the organization, the structure, the communication, it’s kind of in a sense like growing it and making, so it’s more efficient and so we can send trips better.

I think also a really big thing that I want to change is having resources available to students after they come back from mission trips because I know that sometimes trips are really easy and fun… but sometimes, trips can be really hard and really life-changing for people and it really makes them question their faith or they went through a really hard season during it. And they come back and it feels like kind of empty, and they’re like, ‘I really don’t know who I’m supposed to talk to or like how I’m supposed to get through this.’ I think having resources after trips is vital and really, really necessary to the process, and so, that’s something that I would love to start incorporating.
Q: What departments do you feel like you need to expand or strengthen within SMU?
A: I think there’s a constant strengthening of like the missions department and it’s doing so well, but I think constantly strengthening that and being like, ‘Okay, how can we communicate better? How can we make sure that trip leaders have all the info that they need right away?’… Obviously, we’ve been doing all this stuff year after year, and I’m not going to come in and change all this stuff. That’s not really my goal, and my goal is to continue the mission and vision that has carried through SMU throughout the years.
Q: What are some things you learned from the previous leaders of SMU?
A: I think this year, I’ve just learned a lot about having grace for myself and for other people, and also remembering we’re all students first. And SMU’s really important, and SMU will still go on… whoever’s in whatever position. It doesn’t just stop, and God will provide people. So I think, just remembering and having grace like they’re a student too, they’re not always able to just like answer this phone call. And doing the same thing for myself, and be like, I can turn off on some days…

God is just going to take care of what’s going on. Because ultimately, that’s one of our biggest things we need to do as a Christian, is just trust. It’s really easy to worry and get caught up in all of that, but I’ve been learning more and more that trust and faith [are] such a vital part of being a leader in SMU and being a Christian in general.