The Gillette ad does not belittle masculinity–rather it calls us to purify it. 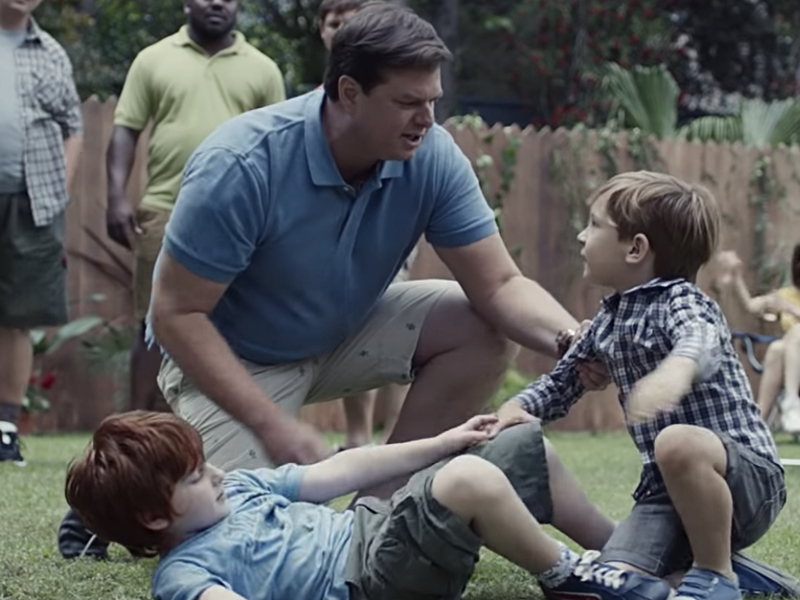 Gillette—yes, Gillette, the razor company—released a 60-second ad on Jan. 13 addressing “toxic masculinity.” Reactions have varied. Some support the message, some reject it and some think Gillette should lay off the activism and stick to selling razors. Whether a razor company should be engaging in activism is one thing, but the fact is it has, and now we are left to evaluate its message.
TAKE AN HONEST LOOK
This ad begins with a montage of vices. Physical and verbal bullying headline other injustices like objectifying women, condescension towards women’s contributions in the workplace and the get-out-of-jail-free adage, “boys will be boys.” Midway through, the narrator, along with a sound bite from activist and former football player, Terry Crews, calls men to raise the bar for each other. This is followed by a montage of virtuous actions from men encouraging their children, breaking up fights and standing in the way of sexual harassment. And all this is intended to set a standard for the next generation of men—a standard that is “the best a man can get.”

Observing the reactions from the predominantly conservative—Facebook has me marked as strongly conservative for some reason— and Christian setting I live in has been interesting. Fox News has, for the most part, decried the ad as sexist and incriminating of all men. A Daily Wire article calls it insulting to men and says that it messages men to be “in need of castration.” Even Christian satire site The Babylon Bee, got in on the action posting a headline reading, “Gillette now including free manly side bag with every purchase,” next to an image of a razor and a pink purse.

…AND THEN TAKE A STEP BACK

For Christmas I received a book by Jordan Peterson called “12 Rules For Life.” Rule Five reads, “Do not let your children do anything that makes you dislike them.” He launches into a fascinating synthesis of discipline, socialization, inculturation of virtues, and a quick “how to” about turning your son into a gluttonous tyrant. Peterson notes the ease with which parents can neglect the discipline of their children, pushing the responsibility of the dirty work to the world. I think of the multiple times growing up when my bullies had bail posted for them through the patronage of our familiar proverb, “Boys will be boys.” I think what we mean by that is, “Boys are by nature churlish –aggressive, violent, insensitive, ‘insert negative adjective here’– and therefore within their rights to act as such.” And if this is true, it is not the #MeToo movement, or Gillette that invents the idea that men are intrinsically vile, it is the generation of groomers who have neglected to curb bad behavior in the name of preserving the noble savagery of our infantile state—a myth to any parent with eyes to see.

“Toxic masculinity” specifies the masculinity in question. It is not the same as the phrase, “masculine toxicity,” at least grammatically speaking. Unless this link is made by the #MeToo movement, then those who read this out of their advocacy statement, set up straw-men to preserve the status quo. Nowhere in Gillette’s ad is it explicitly or implicitly communicated that all men are bad or behave toxically. To the contrary, it highlights real-life examples of actions taken from social media and court hearings to counter the highlighted vices. This ad shows that we must take responsibility for our choices and that we possess a responsibility to raise the next generation by role modeling good behavior.
NOW TAKE A STAND
The 300 Spartans were fierce warriors–skilled, powerful, courageous and in some circles, the epitome of masculinity. And yet they were not tyrannical rapists looking to pillage the world. Leonidas and his men stood their ground and defended their homeland and the ones they loved against the power-hungry Persians.

Perhaps the conversation around toxic masculinity was disdainful to men before because it failed to communicate ways men could do good. But no longer. To view the behavior Gillette asks for as anything less than masculine is cowardly and irresponsible. It is to shirk the call to protect the pass of Thermopylae and let invaders pillage and sow destruction among the ones we love. It is to forget the heart of chivalry, reject responsible discipline and therefore, become part of the passive mold for monsters of men.