Baseball roughed up by Royals in season debut

The Eagles show some early season rust in blowout loss to Hope International. 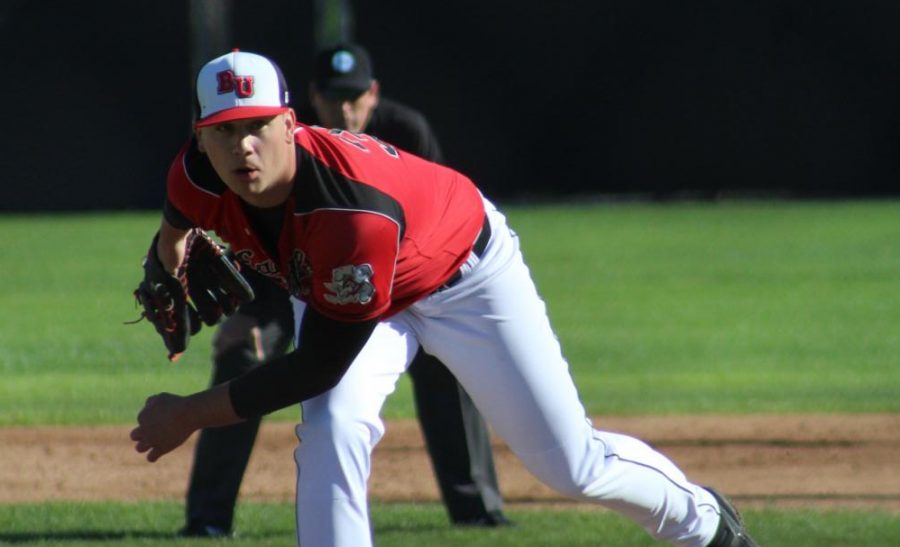 After their prior game against Cal State Los Angeles was rained out on Monday, Biola baseball got their season started at home against Hope International University on Wednesday. Justin Duarte’s first game as the Eagles’ interim head coach did not go as planned, as the Eagles were beat badly in an 11-0 defeat at the hands of the Royals.
NEW ERA
Senior left-handed pitcher Troy Stainbrook got the start on the mound for the Eagles. He survived a scare in the first inning, but ran into trouble in the second. Hope’s leadoff batter in that inning jacked a home run to put the royals up 1-0, and the next batter singled and stole second, third, and then scored on a fielder’s choice to give them a 2-0 lead heading to the bottom half of the inning.

The only sign of offensive life the Eagles showed all game was in the bottom of the second, when sophomore shortstop Connor Kostecka lined a single to center field to advance the previous batter who walked to second base. However, two flyouts and a ground out ended the inning.

Junior Kenny Carillo replaced Stainbrook to start the third inning, and he did not fare much better. The second batter he faced went deep for another Royals homer, as they took the lead 3-0. Biola’s offense, meanwhile, could not muster any hits through the rest of the innings.
ROUGH START
Highly touted freshman pitcher Larson Kindreich got his first college action in the fifth inning to replace Carillo. Kindreich struggled through a brutal sixth inning in which he gave up five runs before being pulled. Freshman pitcher Brayden Englert came in and got his first taste of college action as well. He also did not fare well, allowing two runs before the inning ended at 11-0.

Neither team scored the rest of the game as the Royals finished off the 11-0 victory.

Despite the outcome, the Eagles were glad to finally be in action and get some game time experience under their belt.

“It felt good, we were all pretty bummed out that our first game got cancelled twice two days in a row, and we came out excited,” said senior outfielder Jerron Largusa.
LIVE AND LEARN
New head coach Justin Duarte was pleased with his teams’ preparation and hopes they can build from this tough start.

“I think our work and our process has been pretty good, and we gotta learn from this loss,” Duarte said.

The Eagles will look to pick up their first win of the season at Vanguard University at 2 p.m. on Tuesday.