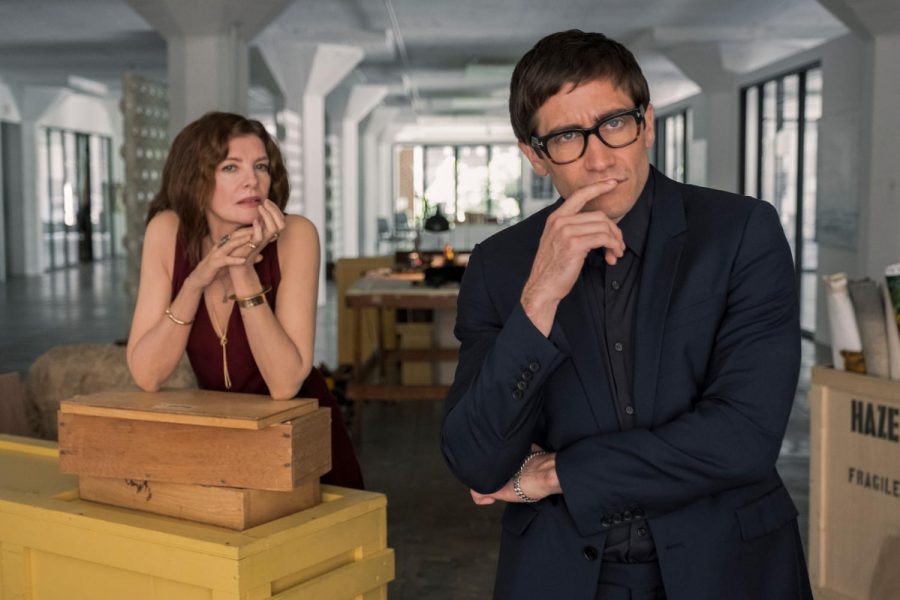 A masterful work of art is a true sight to behold. Each intentional stroke of a brush creates details that should move a person toward emotion or to ponderings of life. Well, the art in “Velvet Buzzsaw” does much more than that. The works of art in this film move the characters and draw them in with immense power. However, this film’s art causes people to become obsessed, and by the time its viewers realize they are overcome by the power of the art, it is too late to prevent their gruesome deaths.

The newest major Netflix release is about six people working in the art world who are obsessed with the beautiful works of an unknown artist. Little do they know that the art’s pull is not just a metaphorical one, but a very real attraction which leads to their demise. Directed by Dan Gilroy, “Velvet Buzzsaw” features an all-star cast led featuring Jake Gyllenhaal, Rene Russo, Zawe Ashton, John Malkovich and the talented female lead from “Hereditary,” Toni Collette.

“Velvet Buzzsaw” contains the elements of a glorified slasher film because of the gruesome deaths that our characters fall into. Though “Velvet Buzzsaw” has the elements of a horror film, the story also draws viewers with dark humor and witty dialogue. Along with compelling dialogue and horrific death scenes, the film also boasts compelling establishing shots that set up each scene beautifully.

Although “Velvet Buzzsaw” excels in many areas, it also contains several shortcomings. Each scene is set up by creative establishing shots, but long scenes fall flat due to the distracting low quality picture. A majority of the movie lacks the cinematic quality that viewers are used to with most modern films. Many of the scenes look like they are filmed by someone making a Netflix original series. Besides the picture quality, the biggest issue is the origin of the haunted art. Viewers have no idea what is causing the art to go on a killing spree other than it taking justice on self-righteous art snobs. The killings are borderline justifiable because of how horrible the people are in the film, but the motives behind the killings lack a convincing backstory.

Overall, “Velvet Buzzsaw” is interesting enough to keep viewers entertained. Art and horror do not generally mix, because art does not generally try to kill a person despite its sometimes creepy images, but “Velvet Buzzsaw” is a nightmare at the Los Angeles County Museum of Art come to life. If you are looking for a gory slasher film to watch at night on the weekend, then this movie might be for you. Despite the movie’s 66 percent on Rotten Tomatoes, “Velvet Buzzsaw” is definitely a must-watch, even if it is just to laugh at the strange but compelling nature of John Malkovich’s character.