The Eagles fall short in their final match in Hawaii. 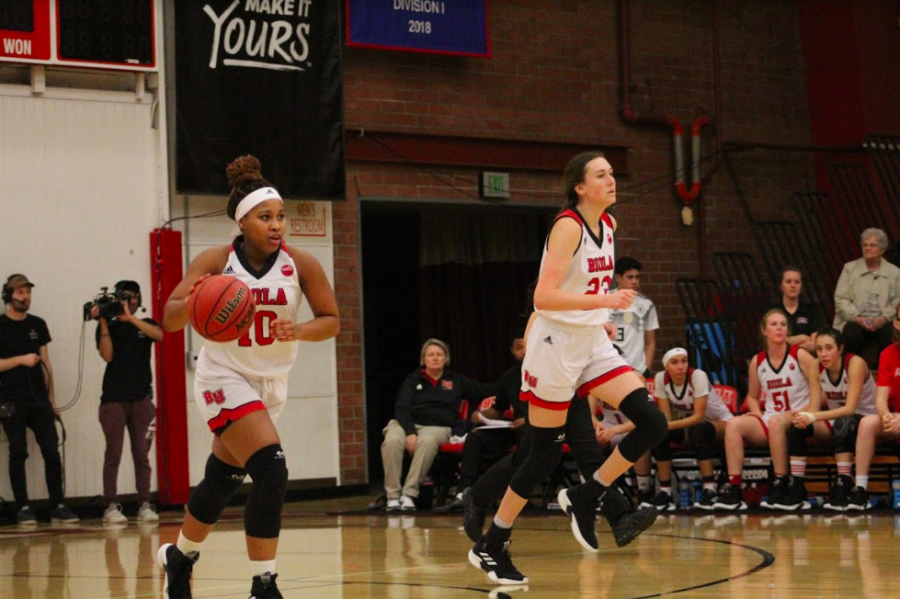 Women’s basketball lost their final game in Hawaii, dropping one against Hawaii Hilo University on Monday night. The Vulcans took a huge lead in the first half, looking well on their way to a blowout. The Eagles caught up in the second half but fell short by a final score of 77-65.

The first quarter for the Eagles proved rough, with the Vulcans jumping ahead 18-0 to start the game. With 4:07 left on the clock, the Eagles ended Hilo’s streak by finally putting their first couple of points on the board with a seven-point run of only foul shots. The quarter ended by junior forward Mikayla Greens grabbing two points with a jumper at the buzzer to move the score to 23-9.

In the second quarter, the Eagles closed the large gap by stepping up their defense to limit the Vulcans to only eight points. But Biola grabbed 10 points in the quarter, and remained behind 31-19 at halftime.

The Eagles caught up and doubled their points in the second half with the help of sophomore forward Jazz Benn, who collected 20 points overall, and junior guard Tatum Brimley, who recorded a season high of 22 points and team-leading seven rebounds. The Eagles put up a strong defense and closed the gap to 57-41 in the third quarter.

The Eagles dropped to 7-8 in the PacWest and 9-12 overall. They will return home to play against Concordia University Irvine on Feb. 12 at 5:30 p.m.