Get taken by our Liam Neeson watchlist

Check out this watchlist of some of Liam Neeson’s best movies in preparation of “Cold Pursuit.” 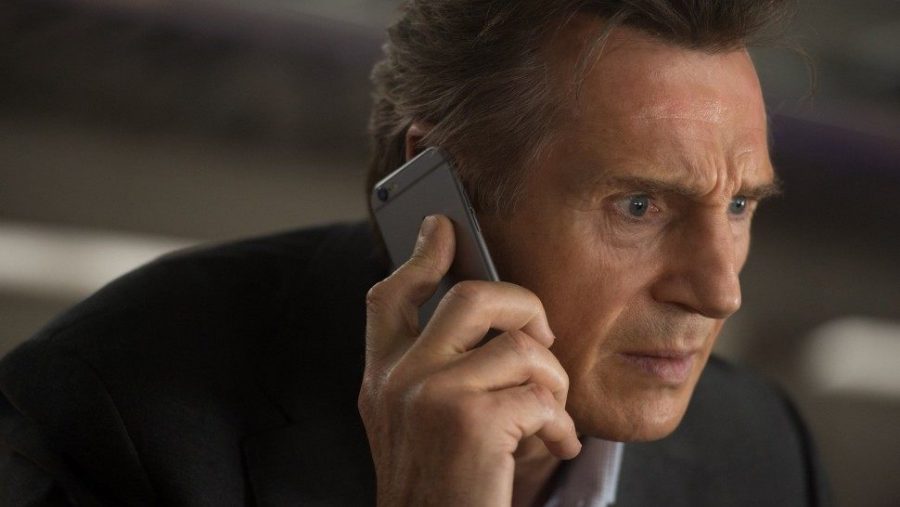 If there is anyone who paved the way for other actors in action/thriller movies, that person is Liam Neeson. He has starred in a number of movies in those genres, and he continues to do so to this day. His filmography includes the “Taken” movies, “Non-Stop,” “The A-Team,” “A Walk Among the Tombstones” and many more. Soon he will be able to add another movie to that list, as his latest film, “Cold Pursuit,” comes out this next weekend. Until then, check out his five best films to hold you over.
“TAKEN”
If there is any movie that solidifies Neeson’s standing in the action genre, it is “Taken.” Not only does he fit the persona of incredibly dangerous CIA operative Bryan Mills, he also does an incredible job of portraying the role of an overprotective father. Relying on a handgun and his skills from his days in the CIA, Mills goes on a rampage, taking out every single person that tries to prevent him from rescuing his daughter. Neeson is armed, dangerous and intimidating in this must-see dark thriller.

“TAKEN 2”
Since the events of the first film, Bryan Mills has greatly improved his relationship with his ex-wife and daughter. In order to kill two birds with one stone, he invites them to come with him during his business trip in Istanbul for a vacation. Little does he know that they are being watched by the father of one of the men he killed in the first film. Murad Krasniqi, played by Rade Serbedzija, is out for revenge against Mills and his family. This time, however, it is Mills and his ex-wife who are kidnapped. The way the plot plays out from there, though, is very similar to the first film. One-by-one, Mills slays his enemies. While not nearly as good as the first film, “Taken 2” is still an amazing sequel that should be seen.
“SCHINDLER’S LIST”
Neeson takes on the role of Oskar Schindler in one of the heaviest movies of his long career. In German-occupied Poland, Schindler sets up an enamel factory called Emalia as a subcamp to the Plaszow concentration camp. His factory ends up saving over 1,000 Jews from the horrors of the Plaszow concentration camp. The film is not only heavy, but scarring to a certain extent. If there is any film that captures the brutality of the Nazi Party in Germany, it is “Schindler’s List.” With that being said, it does a powerful job of telling the true story of Schindler’s heroic actions.
“NON-STOP”
After boarding an international flight to London, Bill Marks, a member of the U.S. Air Marshals played by Neeson, receives a text message stating that a passenger will die every 20 minutes until a large amount of money is transferred to a bank account. What makes the film so nerve-wracking is that no one in the film knows who is behind the plan until nearly the end. “Non-Stop” is entertaining, unpredictable and action-packed.
“BATMAN BEGINS”
After witnessing his parents being gunned down, Bruce Wayne, portrayed by Christian Bale, embarks in his journey to become the hero that we all grew to love: Batman. He leaves Gotham City and seeks out Neeson’s Ra’s Al Ghul for training. However, he leaves Al Ghul and the League of Shadows because of their inclination toward killing. He eventually has to save the city from both Scarecrow, played by Cillian Murphy, and the League of Shadows. Not only does “Batman Begins” do an exceptional job of telling Batman’s origin story, but it also shows off Neeson’s versatility in acting. He almost always takes on the role of a hero and to see him take on the role of a villain in “Batman Begins” is both surprising and unique.