The morality of a border wall reconsidered

Walls can help provide safe and secure borders, while open borders will lead to a world governed by distant global elites at the expense of vibrant and unique national communities. 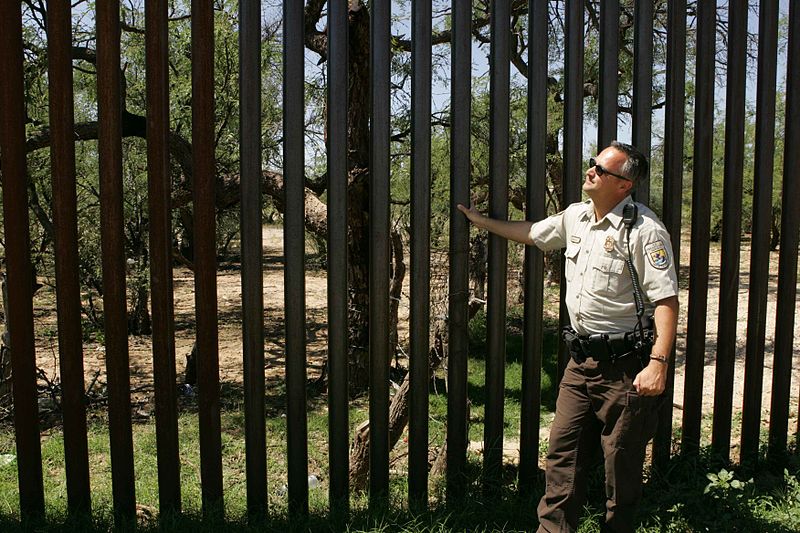 Are walls immoral? Are people who support walls acting immorally? Two respected Biola faculty colleagues recently argued, in a previous article, that Christians should not support a wall at the southern border of the U.S. because to do so would be inherently immoral. In the spirit of rigorous and civil dialogue, we want to offer another perspective.

WE MUST MIND OUR RHETORIC AMONG DISAGREEMENT

We do not doubt the intentions of our colleagues as being well-meaning, and we all agree that helping those in need is an essential biblical principle. We also believe there is room for faithful Christians to disagree on this particular policy issue. Applying biblical principles to complicated policy issues requires careful application of prudential judgment and a willingness to cultivate an environment of deliberation.

However, declaring “the Christian” position on the wall and suggesting that supporters of the wall are “xenophobic” leaves no rhetorical space for people of goodwill to disagree. Ultimately, we argue that there is nothing inherently wrong with building walls, for in many contexts—including throughout the Bible—walls signal protection and order, both things that Christians should want.

Fundamentally, our colleagues’ article fails to properly distinguish between support for legal immigration and attempts by some to subvert current immigration laws. In doing so, they portray support for a wall as being generally “anti-immigrant.”

Certainly, it has become cliché to refer to America as a “nation of immigrants” largely, because it is simply true. Specifically, immigrants from Latin America have contributed much to America by serving in its military, serving as teachers, starting small businesses and improving many local communities through their active citizenship and service. Latin American immigrants are part of America’s vibrant culture and are always welcome.

In short, legal immigration is simply part of America’s DNA, so to suggest that people are anti-immigrant is essentially to label them “un-American.” As such, conflating the desire for border security with an anti-immigrant sentiment is unfair and unhelpful to fruitful dialogue.

Their article puts forward a shockingly poor analogy. In an attempt to apply a utilitarian frame, the article argues that a surgeon euthanizing a human life is the equivalent to refusing asylum seekers’ immediate entry to the U.S. To equate the intentional killing of innocent life with simply requiring an orderly immigration system is quite a leap in logic. This strained analogy is disconnected from any real facts and again their rhetorical move hampers serious deliberation by painting supporters of the wall as rank utilitarians who are not above murder.

Furthermore, the article illegitimately uses the politicized term “neighbor migrant” in place of the official government terms “illegal alien” or “asylum seeker.” By erasing key legal distinctions, this linguistic move suggests a fundamental shift toward open borders in the U.S. and, by logical extension, an abandonment of international borders more generally, an extreme position that has no biblical blueprint.

Weak or non-existent borders ultimately privilege global economic elites—who yearn for cheap and transient labor—and global political elites who seek power at the expense of national authorities. Nation states historically are more responsive to unique vibrant cultures and the needs of local communities compared with distant and impersonal global powers or institutions. The simple fact is that robust civil, economic and natural rights only find their full expression within the protection of national governments.

WE MUST EXERCISE PRUDENTIAL JUDGEMENT

Furthermore, in terms of prudential judgments about immigration, people would do well to recognize the complexities inherent in making public policy. According to many scholars, it is clear that while the overall economic impact of immigration varies according to different circumstances, there are—in the Western world, including the U.S.—always negative consequences for the lower strata of society with whom the newcomers compete on the labor market, including access to affordable housing and various social services—cf. Alan Greenspan’s remarks in a 2009 hearing before the Senate Immigration Subcommittee.

In addition, it is important to overcome the tunnel view that limits our perception on the materialistic aspects of migration. Other factors need to be taken into account, such as the experience of disruption to which immigrants themselves are exposed on the psychological level—see, e.g., Leon and Rebeca Grinberg, Psychoanalytic Perspectives on Migration and Exile, 1989—the deterioration in community cohesion as a consequence of high numbers of immigrants in specific communities—see, e.g., Robert D. Putnam, E Pluribus Unum: Diversity and Community in the Twenty-First Century, 2007—or the very mixed consequences that migration creates for the sending communities. While none of these factors are decisive taken in isolation, they should be part of a very complex frame when weighing policy options.

In the end, a border wall is one legitimate option for national governments seeking border security. Conversely, the world of open borders will favor powerful international elites and will come at the expense of the materially less well-off members of nearly all national communities. Put simply: open borders ultimately favor the strong over the weak. We do not believe our colleagues would ultimately favor a system where “might makes right”, and yet their move toward open borders points our policy firmly in that direction.

Dr. Markus Zehnder is a professor of Old Testament and Semitic Language at Talbot School of Theology. Among others, he has published a monograph on “the Dealing with Foreigners in Ancient Israel and Assyria” in 2005, and on “Mass-Migration to the Western World” in the European Journal of Theology in 2018. He is a native of Switzerland and resides in the U.S. with an H-1B visa.

Dr. Darren Patrick Guerra is the Chair of the Political Science Department at Biola University. His book “Perfecting the Constitution” was released in 2013. Guerra has also appeared on NPR and Voice of America, and has published articles in First Things, The Federalist, Public Discourse, Christianity Today, and The Weekly Standard.