Clean up crew comes through

Students helped clean up Joshua Tree during the government shutdown. 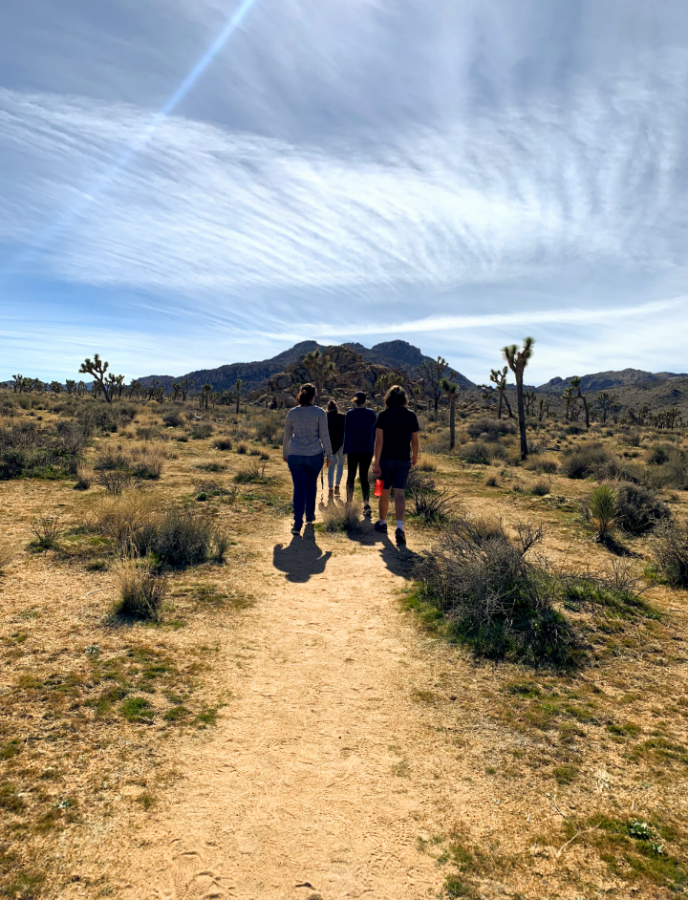 Six students trekked to Joshua Tree National Park on Jan. 26 to aid in the cleanup of the park trashed during the government shutdown.

On the day the students arrived, the 35-day government shutdown ended, allowing them to meet members of National Park Service and assist federal workers in cleaning up. As the national parks were put out of operation during the shutdown, Joshua Tree suffered vandalism, including cut down trees and graffiti on many of the park’s iconic boulders. According to the Desert Sun, the damaged trees may take 200 to 300 years to regrow.
COMMUNITY OF SERVICE
“It’s upsetting to see that when there’s no supervision and no honesty that that’s kind of where everybody tends to go… We lean towards dishonesty and we lean towards that selfishness of ‘I don’t need to preserve this,’” said sophomore history major Taylor Clark. “So to kind of step out of our comfort zones and try to reorient that thinking. Because I think if everyone came together and did that then we would never have an issue. Like there wouldn’t be trash all over, and there wouldn’t be graffiti.”

Sophomore history major Louise Huff says she organized the trip to Joshua Tree to educate, create a community of service and to take people’s focus off themselves.

“I was seeing all the stuff that was happening with the shutdown and just seeing the far-reaching impact of that,” Huff said. “I really didn’t want to make any political statement, because I feel like that’s what everyone’s focusing on right now, and I thought that it was such a cool opportunity because it’s so close to us here at Biola for us to be able to take a step out of our privilege that we have here on this campus.”
CLEANING EFFORTS
The group of six arrived to their campground on the edge of the national park and cleaned up trash around that area. On the following morning and into the early afternoon, the crew entered the park, picked up trash and cleaned up graffiti before leaving. Because the government shutdown had lifted, the employees had done most of the clean up already.

“It was mostly an opportunity for us to steward well and do some work that didn’t involve us. Joshua Tree is an amazing place, and it’s so beautiful and I feel like to see that was upsetting to me and upsetting to Louise too,” Clark said.

The group funded the trip through GoFundMe and raised $210. The students ended up only using half of that and will be donating around $100 to National Parks to help clean and restore the park in the future, according to Huff.

Moving forward, Huff hopes to do a service project each month for a year to help those in the area, such as helping refugees and orphanages. Though these projects will be organized, Huff says she will not make a club, as she does not want the projects to be based on obligation but rather willingness to serve.

“We have this beautiful campus and we’re so lucky to be able to study about God at this college and freely talk about that kind of thing,” Huff said. “And so, to take a step away from that privilege, and to do something to serve… That was kind of the goal of this.”