‘You are still wanted’

A student shares about how she covered her college bills through GoFundMe during a strenuous time. 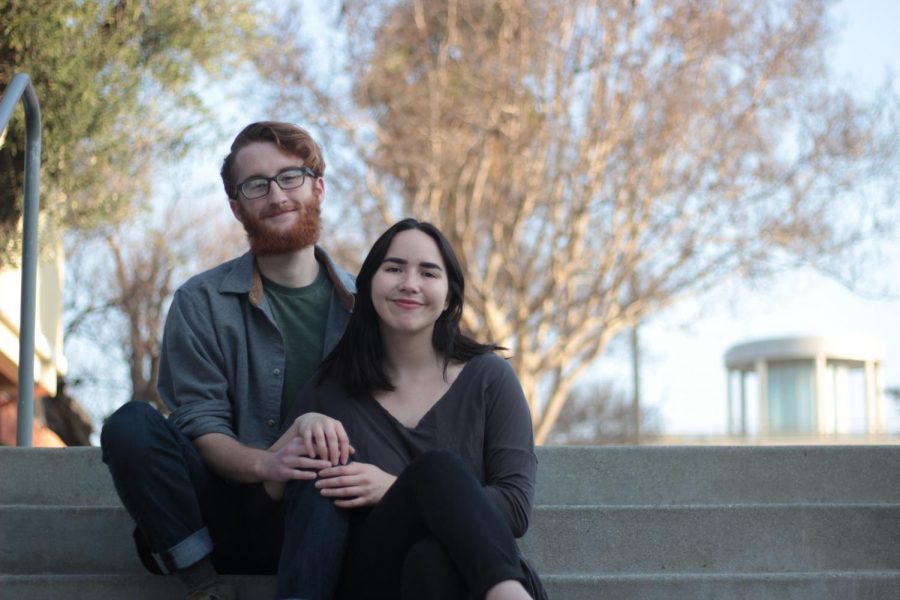 Photo by Yehju Park/ THE CHIMES

As many students struggle with the financial aspect of enrollment, some have turned to a new way to pay for school—GoFundMe. Senior interdisciplinary studies major Rachel Surgalski and her partner, junior cinema and media arts major Isaac Chandler, raised $9,390 through GoFundMe over the winter break to cover Surgalski’s housing and meal plan for the spring 2019 semester. Surgalski is currently enrolled through the support of many online donors.

Growing up with divorced parents, Surgalski says she had to face family obstacles at a young age.

“My father has not been financially responsible for me—really for any of my life,” Surgalski said.

“My mother is incredibly unstable and unsafe,” she added. “She has threatened me in a variety of ways… There are a lot of details, but she’s abusive, unstable, violent and aggressive.”

As neglect and abuse from her parents continued, culminating in her mother disowning her, Surgalski decided to legally emancipate herself from her legal guardians last semester before winter break.

“I decided that I can forgive her, but I don’t have to continue on this toxic and abusive relationship,” Surgalski said.

Through the emancipation, Surgalski lost her parental financial support, forcing her to become homeless unless she could find sufficient money to pay for her remaining tuition and housing. After her mother had disowned her, she had only been able to pay for fall 2018 fees through government scholarships and Biola financial aid. Now, she had to go to the financial aid office once again.

“Legally, by definition, I am an orphan pleading with financial aid, saying, ‘Help me out. I can’t do it alone,’” Surgalski said.

Surgalski was eventually able to obtain a $1,000 loan and a $500 grant from Biola financial aid to help cover tuition. Yet, even with additional funds for her position from her salary as a resident advisor in Hart Hall, she still stood far from paying off her housing and meal costs.

The experience of getting less money from financial aid than was needed also angered Chandler.

“Number one, I wanted to take care of her. And number two, I was angry with the way that she has been treated,” Chandler said. “I’ve been really upset with this situation… and that coupled with just the fact, more primarily, that I love her.”

Financial aid said in a statement that the department takes consideration when identifying the unique aspects of each student’s situation and the student’s ability to contribute from their own funds. The department says it also works diligently to identify options for aid to support students.

The two students were devastated. Then Chandler happened to consider GoFundMe as the last option.

“Over the last few years, I’ve had a couple friends do it for medical reasons,” Chandler said. “When I was in class doing a little prayer time… I brought up her situation and somebody else in the class was like, ‘Oh, have you considered the GoFundMe?’ And I was like, ‘Yes, I really have.’”

“I just spent a lot of time praying that God would take care of the rest,” Chandler said.

The results amazed Chandler and Surgalski. In just five days, 136 separate donors not only completed Surgalski’s goal of $8,300, but surpassed it with $9,285.

“The Biola community really, I think, overwhelmingly is a very generous and empathetic community,” Surgalski said. “I think that people, upon hearing my story, were filled with a passion for justice and righteousness… and wanted to do good, and do what God has commanded us to do, which is to take care of those who are in need… I just can’t fully express what it feels like to receive that.”

Surgalski further shared her thoughts on experiencing this miracle.

The print version of this story contained multiple inaccuracies, including altered quotations from sources. The Chimes apologizes for any pain and confusion these errors have caused.