Coming from a Nigerian and English background, Temitope brings an authentic style of worship. 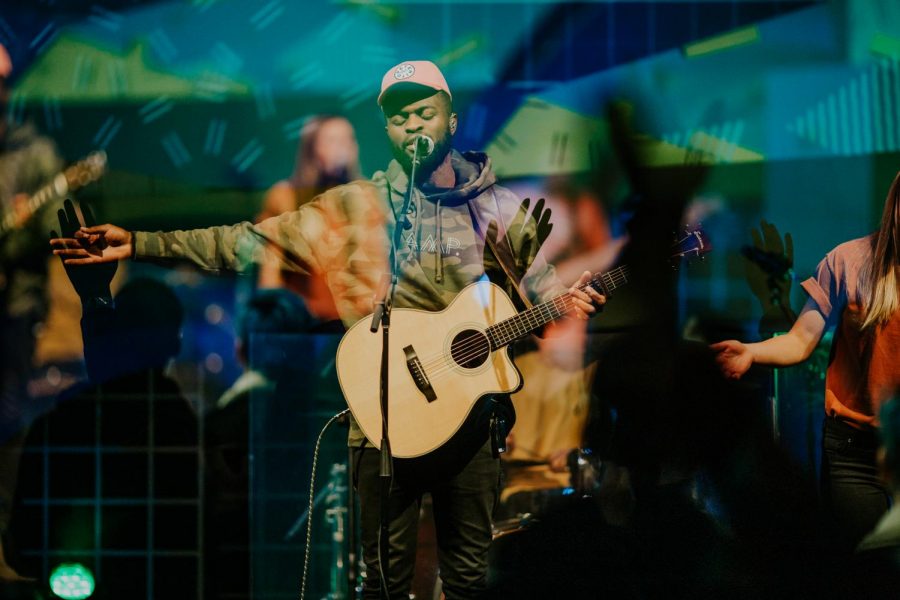 2012 Biola University graduate Temitope “Tobi” Peters has channeled his unique background to craft songs of praise in his newest release, “Okan,” which translates to “one” in his family’s native Yorùbá dialect. Based out of San Diego, Temitope has been leading various congregations in an honest style of worship he believes the church has been lacking, which drove him to begin his own worship project.
JOURNEY TO ‘OKAN’
Growing up in a musical household, Temitope, which translates to “mine is praise” in his native Yorùbá dialect, dates back many of his first musical memories to singing and playing instruments with his two siblings. Throughout high school, his love for music flourished after his friend taught him his first few guitar chords. One day, Temitope’s friend’s mother overheard the two singing and playing guitar and encouraged Temitope to join their church’s worship team.

During his undergraduate years, Temitope studied journalism under public relations professor Carolyn Kim, whom he credits as one of his biggest influences at Biola. Because his major included a multitude of projects, he sought to integrate his passion for music into his schoolwork.

“[Kim] let me weave in my music with my degree, so almost all of my projects were about some sort of music pursuit,” Temitope said. “That allowed me to delve into both worlds at the same time.”
CHRIST-FOCUSED INSPIRATION
As Temitope continued to lead worship at different churches, he says he noticed a lack of God-focused songs that he felt needed to be sung, fueling him to write songs that would later be included in his EP. After about seven months of writing, Temitope compiled over 100 potential songs for his first record, which he says was a challenge in itself. Living in a studio apartment with his wife and eight-month-old daughter, Temitope found himself writing songs such as “God You Reign” in the bathroom after his wife and daughter were asleep. After the songwriting process, Temitope and his team recorded, mixed and mastered the top five tracks that they chose for the EP within one month.

For Temitope, the most challenging part of assembling the EP was deciding which songs to feature. Because his name was, and is, still not well known, Temitope realized that he had to choose songs that would leave a good impression on listeners.

He sought help with his dilemma with experienced music mentors to help him navigate through the song selection process. Temitope sent recordings to close friends and family members for feedback. Finally, he and his team narrowed the 100 songs down to six for the EP.
CALLED TO INSPIRE
From messages about unity to knitting one’s desires with God’s, Temitope covers various topics regarding the church and the world. The EP opener, “Calling All,” reminds listeners that God loves each and every person the same. In “Mercy Song (Iwo Imole),” Temitope croons about God’s grace and our human need for his mercy while infusing his family’s native Yorùbá dialect within the verses. “Give Me Your Eyes” displays Temitope’s longing to see through God’s eyes.

The EP boasts mainly of acoustic tracks, displaying a heavy amount of acoustic guitar and piano to accompany Temitope’s airy vocals. “Give Me Your Eyes” and “There Is Hope,” the second of which features “For All Seasons” lead singer and fellow Biola alumna Emily Hamilton, are the only tracks that display some electronic usage. Otherwise, Temitope simply entertains listeners with an acoustic “The Eagle and Child” vibe.

Because he noticed many worship songs reflecting on self rather than the character of God, Temitope says he aimed to center his songs around who God is. Ultimately, he yearns to convey messages of unity and redirecting focus to God in his songs.

“Let’s get people from different backgrounds and life stages, different walks of life, draw them under the banner of Jesus. And hopefully, when they look at him, they find themselves finding that fulfillment they’re ultimately searching for,” Temitope said.