Everything Eagles: Worst to First? Not so fast

Men’s basketball still faces a long road to the top of the PacWest. 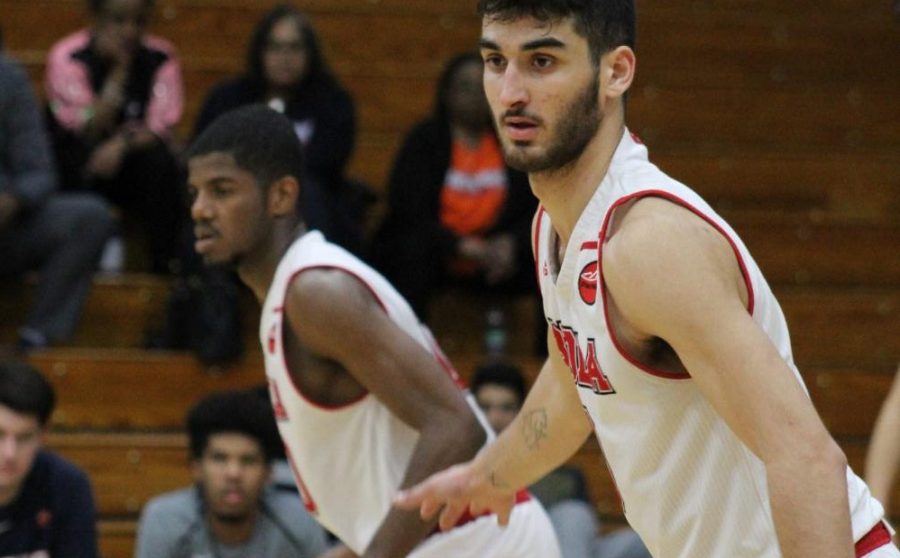 I wrote back in November that men’s basketball’s miraculous upset win over archrival Azusa Pacific University last February helped obscure an awful 2017-18 season. The question I posed in that column was; Would this year follow a similar pattern or would the team recover from one of the worst seasons ever from a Dave Holmquist-coached team?

Two and a half months later, we have some answers, but more questions to go along with them.
THE GOOD
We can start with the good stuff. The Eagles are recovering.

They have already won more PacWest conference games [six] than they did all last season and, more importantly, have made great strides in reclaiming their identity as a scrappy, defense-centric Holmquist team. If an opponent arrives unprepared to grind out every offensive possession against Biola, good luck. The best examples of this came when the Eagles held Holy Names University to just 50 points in November, then took undefeated Point Loma Nazarene University down to the wire in a three-point loss on Jan. 2.

There still remains a gap, however, between the Eagles and the top tier of the PacWest. It shows up in both the conference standings and in a slew of ugly losses to teams ahead of them in those standings. For as good as the Eagles looked against Holy Names and Point Loma at home, Biola lost by a combined 44 points to those schools on the road.

APU demonstrated the best way to beat the Eagles—do not let them get to the rim when they have the ball, and take what their stingy defense gives you on the other end of the court.
THE BAD
If you have followed the Cornerstone Cup at all this season, I do not need to tell you how that formula worked. In their 16-point win at Chase Gymnasium in December, the Cougars held the Eagles’ three senior forwards, Alex Talma, Steve Herve and Levi Auble, to just 11 points combined. The only time APU started to stray from that strategy was in the second half of the Feb. 4 rematch in Azusa. Not coincidentally, that was also when the Eagles showed the most life in any part of either game, coming as close as nine points before the Cougars sealed their win.

That pretty much explains the Eagles’ offense. The team is not built to win a shootout, and if an opponent successfully handicaps one of its major offensive strategies, as APU did, it becomes even harder for Biola to establish its own pace. The scary part is that opponents may not need to lean on rim protection and double-teams to do so next year.

Talma, Herve and Auble—Holmquist’s entire rotation of big men—will not return, nor will senior guard Trevor Treinen. Talma and Treinen are currently the Eagles’ best players, highest scorers and usually the guys who get the ball when the team is trying to establish an offensive rhythm. Auble averages just under seven points per game, leading all bench players. The losses will be felt on the other end of the court, too, as Treinen’s 24 steals and Herve’s 11 blocks lead the team in those categories.

That leaves sophomore forward Michael Bagatourian, freshman point guard Alex Wright, freshman forward Whitten Dominguez and sophomore guard Will Shannon as the only non-seniors getting regular playing time this season.
THE FUTURE
The good news is that all four have loads of talent and probably have not reached their peak yet. Bagatourian is a polished post scorer whose 12.6 points per game make him the only Eagle not named Talma or Treinen to be averaging double digits. He has also shown an ability to contain the opponent’s best player, something I saw in person when he squared off against PLNU’s Daulton Hommes on Jan. 2.

Wright, meanwhile, has shot 45 percent on 73 three-point attempts, making him Biola’s best threat from deep by a wide margin. Dominguez is already a fantastic defender and Shannon has consistently improved as the season has gone on, with a particularly promising showing at APU on Jan. 19.

The bad news about those four guys is that, well, there are only four of them. If Holmquist sticks with an eight-man rotation next year, he will be deploying four fresh faces.

The Eagles do have a deep bench, and I would expect a replacement for Treinen to come from there. That bench, though, is extremely guard-heavy. After the apparent transfer of Ty Horner in the winter, freshman Chris Cagle is the only non-senior on the entire roster who is listed as a forward.

I stand by every word I wrote praising Holmquist, a living legend, in November. I should also point out, though, that he admitted back then that recruiting has been an issue lately. We saw that issue rear its head in 2017-18. As encouraging as this season’s steps forward have been, and as great as it has been to watch several popular seniors make the most of their last years as Eagles, the road to the top of the PacWest remains long and difficult. Holmquist, as I suspect he already knows, has a lot of work ahead of him.