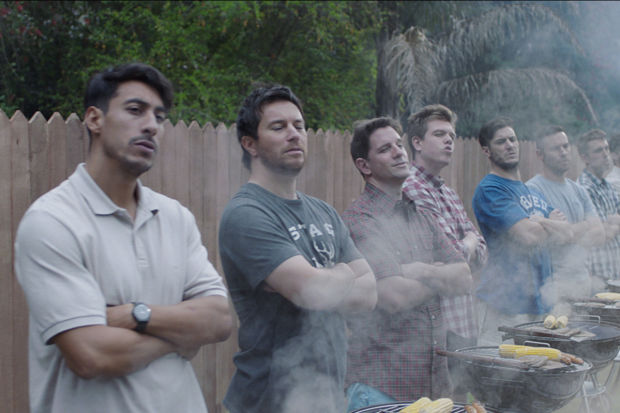 In their first advertising campaign of 2019, razor manufacturer Gillette released a commercial bemoaning the entire male gender’s supposed complicity in phenomena ranging from bullying to sexual harassment. Although many viewers saw the ad as an encouragement for men to be “the best they can be,” it was clear that the ad was cleverly designed to be ambiguous. The one constant throughout the advertisement, however, was a clear repudiation of “toxic masculinity.”
WHAT IS TOXIC MASCULINITY?
According to Australian intellectual R. W. Connell, toxic masculinity is “the standard upon which the ‘real man’ is defined.” The concept “is built on two legs, domination of women and a hierarchy of intermale dominance” and is characterized by “ruthless competition, an inability to express emotions other than anger,” and a whole host of other unpleasant-sounding characteristics.

Connell’s term has become ubiquitous in modern research circles. Last August, the American Psychological Association, the preeminent psychological society in the country, published a set of guidelines for dealing with men and boys. The guidelines identified traits like stoicism, competitiveness and aggression as being qualities innately problematic among those exhibiting a masculine temperament.

The release of these guidelines sparked instant backlash from commentators both inside and outside of the psychological community. How could such broad generalization be made about such ambiguous qualities? “Aggression” and “competitiveness” are not innately unhealthy; competitiveness got man to the moon and armed aggression liberated Auschwitz. “Stoicism” is not a neurosis either. It’s a philosophically astute term, used to refer to a temperament that some people—most of whom are perfectly well balanced—happen to have. This unilateral criticism of masculinity for vague and morally ambiguous reasons rubbed many people the wrong way. Adding insult to injury, the APA provided only criticism of those traits common to men, not a nuanced look at the strengths and weaknesses traditionally masculine men might possess.
WHAT IS POSITIVE MASCULINITY?
One reason toxic masculinity advocates are not immediately embraced is because they lack a positive vision for masculinity. Proponents are eager to explain what masculinity should not be, but not what it should be. Michelle Obama’s advice for men to “be better” was met with controversy and scorn, not because it encouraged excellence, but because the phrase was demanding without being constructive. To encourage men to be better humans is utterly offensive, but to encourage them to be better men is a message most people can get behind.

It is very difficult to simply tell a person to not do something. Russian novelist Fyodor Dostoevsky once challenged his readers not to think of a polar bear. “Try to pose for yourself this task,” he wrote. “And you will see that the cursed thing will come to mind every minute.” This is due to a psychological process known as “Ironic process theory,” a principle which attempts to explain why human beings cannot let go of one thing until they are holding firmly onto another.

This is what makes our discussion of toxic masculinity so foolish. By telling men simply what not to do, we not only insult and patronize them, but we also rob them of a positive vision for their own identity. Many “toxically masculine” activities are important things to avoid, but is “avoidance” the heart and soul of what men can be? Is the Christian ideal of masculinity reducible to living life by simply avoiding doing anything bad?”

Austrian psychologist Victor Frankl once observed that there exist only two types of people in the world: decent people and indecent ones. As human beings, we are not standing still in the great hallway of life, with ribbons around our fingers reminding up not to open the doors of vice. Life is a race—you are either running toward evil or you are running toward virtue. It will not do any good to merely avoid evil. Martin Luther learned this after a lifetime of guilty confession. Eventually he learned that he could live life in closer harmony with God, not by fretting over his every sin, but by pointing his sights toward something higher. In Christ he discovered an example, not a schoolmaster.

It is far more helpful to encourage healthy masculinity than to discourage its unhealthy manifestations. Masculine traits like aggression and emotional detachment were not “problematic” at the Battle of the Bulge or when two Swedish men defended an unconscious woman from the truly toxic actions of convicted rapist Brock Turner. It is not that we should ignore toxic men where they exist, but we must also start consciously recognizing good ones.