Each team tallied three wins on the road during winter break. 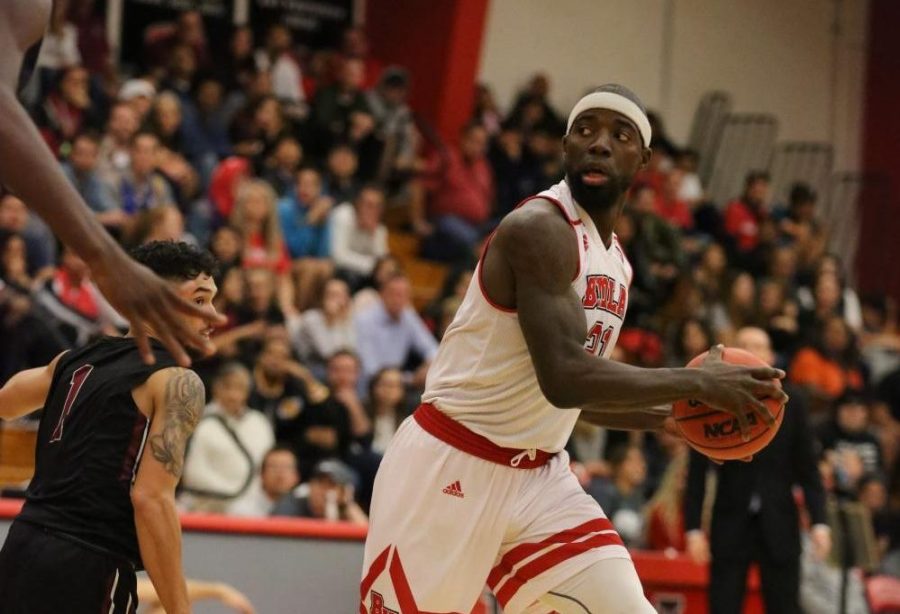 Women’s and men’s basketball competed in five different PacWest contests each over winter break, and each went 3-2 to improve their conference records. The Eagles posted an excellent three wins over a four game road trip in Northern California.

The first game of the break came on Jan. 2, as Biola hosted Point Loma Nazarene University at Chase Gymnasium. In the women’s game, the Eagles suffered a tough loss, only putting up 42 points in a 60-42 loss at the hands of the Sea Lions. PLNU’s men’s team has been strong all year, but Biola’s squad proved all the Sea Lions could handle. The Eagles made it a close game throughout, but ultimately fell short in a 68-65 defeat.

Both teams then headed north for a four-game road trip, the first at Notre Dame de Namur University on Jan. 5. The women won in a thrilling contest, coming away with a narrow 45-42 victory. The men followed the women up with one of their most complete games of the season, as they put up an impressive 82 points en route to 28 point blowout win.

The Eagles’ next stop came at Academy of Art University on Jan. 7. Taking a cue from the men against NDNU, the women’s team put a beatdown on their opponent with a statement 82-55 win. The men then picked up their second straight victory, 62-54 over the Urban Knights.

The Eagles then headed to Dominican University for two matchups on Jan. 10. The women stumbled, as they never found a good rhythm in an 87-61 defeat. However, the men pushed their win streak to three with a 75-66 victory over the Penguins.

The final game before school resumed was on Jan. 12 at Holy Names University. The women got back on track with an impressive 67-46 victory. The hot-shooting Hawks got the better of the men, as that win streak was snapped in a 72-58 defeat.

The women now sit at 8-8 overall and 6-4 in PacWest play. They continue play at first-place Azusa Pacific University on Saturday at 5:30 p.m. The men are now 9-7 overall and 5-5 in conference. They take on APU in an important Cornerstone Cup matchup on Saturday at 7:30 p.m.