With predictions of rain lasting through Thursday, students gear up for a rainy first week of school. 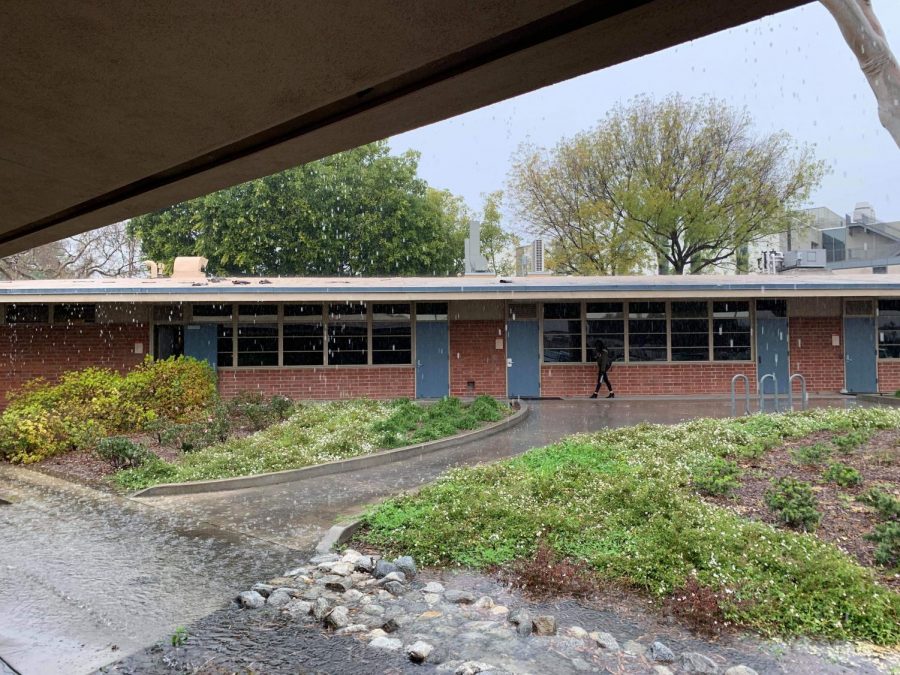 Photo by Austin Green/ THE CHIMES

The sound of soggy shoes could be heard making their way around campus as students braved the rain on Monday. In the midst of a projected week-long rainstorm, the campus and surrounding community are bracing for flooding.

Two storm systems making their way over California hit La Mirada this Monday morning. The storms are projected to continue through Thursday with some potential lingering showers lasting until Friday, according to ABC News. The campus is already experiencing the first effects of mild flooding while driving in surrounding areas has become more hazardous.

On Monday, Orange County, alongside San Bernardino, San Diego and Riverside, was listed as one of the several locations at risk for flash flooding with a watch that will last until midnight. According to the National Weather Service, isolated thunderstorms, as well as flash flooding in recent burn areas, are a possibility. With an average of 14 inches of rain per year, according to Sperling’s Best Places, a storm like this is not a common occurrence in La Mirada.
RAIN RISKS
Biola has had issues with flooding in the past. In February 2017, a rainstorm prompted then-Governor Jerry Brown to declare a state of emergency. Large standing pools of water accumulated all over campus, especially near Hope Hall.

With the recent rains, sunken areas and dips in the road, the creek that runs along campus, the library and the Alton and Lydia Lim Center for Science, Technology and Health are a few locations where water has pooled in past storms.