Eagles win tough competition against CUI thanks to some late free throws. 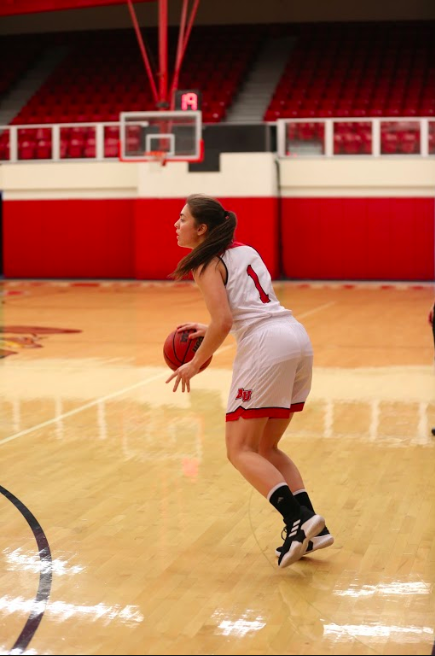 Women’s basketball played in a tough PacWest conference road game against Concordia University Irvine that went into overtime on Saturday. The Eagles started off attaining a strong lead in the first half. CUI caught up to Biola in the second half by scoring a free throw shot to move the game into overtime. Biola won on junior guard Tatum Brimley’s two free throws that moved the final score to 68-67.

Biola started the game off strong by taking a seven to nothing lead within the first two minutes. They turned the ball over seven times and collected 18 points in the paint to move the score to 24-14. The Eagles continued their strong play by scoring 14 points and pushing a tough defense on CUI. Heading into halftime, Biola remained ahead by a score of 38-29.

The Eagles and CUI each exchanged the lead five times in the third quarter. Biola fell flat in the quarter by collecting only eight points and CUI caught up to the Eagles by scoring their highest point total in a quarter with 22 points, including 10 points in the paint. CUI led by a score of 51-46 heading into the final quarter.

In the fourth quarter the two teams traded the lead five times. At the 27-second mark, Benn put the Eagles back in the lead after scoring from a layup in the paint which moved the score to 60-59. Biola fouled at the 12-second mark, allowing CUI to make one free throw from the foul to move the quarter to a tie at 60-60.

During overtime, each team had three lead exchanges. At the 41-second mark, Brimley scored two points from a foul to finally grab the lead for the Eagles and push a 3-point deficit on CUI. The Eagles fouled at 17 seconds and CUI grabbed two points to move the final score to 68-67.

The win moved the Eagles to 3-1 in conference and 5-5 overall. They will play their final conference match of 2018 at home against Azusa Pacific University on Dec. 15 at 5:30 p.m.