We should reflect on George H.W. Bush’s civility in bi-partisan politics

We should take time to consider our former president’s legacy. 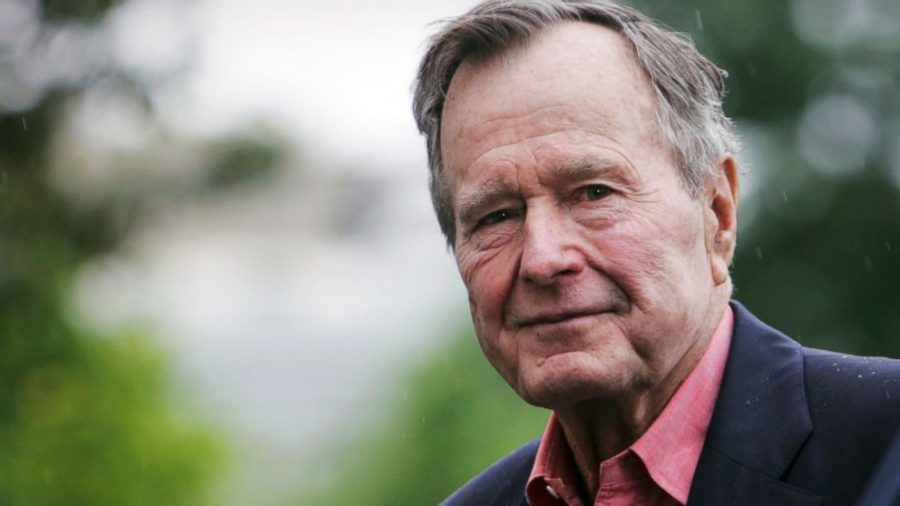 But the passing of an American president—like the passing of a friend or family member—is not the time to cast the condemnation of life’s lures at the foot of their casket. Instead, it is a time to reflect upon the crucible of the human condition which we must all face: that the lures of life have at one time or another steered us astray. The passing of former president George H.W. Bush should invite us to reflect on his accomplishments and invite our nation into a moment of silence.
A GROWING PROBLEM
However, the death of national figures have lured a number of individuals to seize this silence for their own visions of grandeur. Instead of respecting the dead, they have waited until this moment to cast the last stones, smear their name in another article or shout, “I told you so,” one last time.

In response to Bush’s passing, the Associated Press posted a Twitter message that read, “George H.W. Bush, a patrician New Englander whose presidency soared with the coalition victory over Iraq in Kuwait, but then plummeted in the throes of a weak economy that led voters to turn him out of office after a single term, has died. He was 94.” It was one last punch against his economic policies and a last “slam” that he was a one term president.

Even Bush’s service dog Sully has not escaped the critical eye of the free press. Commenting on the photograph of Sully laying before Bush’s casked, a Slate article concludes that the photograph merely shows what dogs love to do: to lie down.
GEORGE H.W. BUSH’S LEGACY
Bush’s legacy involved business, military and political success. In World War II, he served with distinction as the youngest-ever Navy pilot, flying torpedo bombers. He held a series of major government posts, including congressman, United Nations ambassador, envoy to China and director of the CIA. As vice president, he aided the Reagan administration. As president, he helped push the invading Iraqi forces out of Kuwait in the 1991 Gulf War.

But what Bush’s legacy should cause us to reflect more deeply on was his civility toward opposition. In his 1989 inaugural address, he said, “To my friends, and, yes, I do mean friends—in the loyal opposition and, yes, I mean loyal—I put out my hand. … The American people await action. They didn’t send us here to bicker. They ask us to rise above the merely partisan. ‘In crucial things, unity’—and this, my friends, is crucial.” Politics and politicians were to rise above the slums of muddy partisanship and bloody bickering.

Bush’s civility encourages politicians to seek a higher calling. Individuals and private citizens may harbor vendettas and discomforts, but as politicians those personal conflicts come at national expense. They prevent the government from functioning well, create division and disunity and show that politicians are incapable of putting personal ego aside for public service.

Even after he lost re-election to Bill Clinton, he left an oft-cited letter, “When I walked into this office just now I felt the same sense of wonder and respect that I felt four years ago. I know you will feel that, too… I wish you great happiness here. I never felt the loneliness some Presidents have described… You will be our President when you read this note. I wish you well. I wish your family well. Your success now is our country’s success. I am rooting hard for you.”

A president is not the person you want to fail, no matter which party they affiliate with, for their success will become America’s success.
A TIME TO REFLECT
Many have taken this opportunity to disrespect the former president for one last time—let them. The freedom of our nation protects not only popular speech, but also unpopular speech. But instead, remember who they are. Remember them as those who could not give even a moment of respect to the dead. Remember them as those who do not merely fall to the level of stabbing an enemy in the back, but instead cower to the very depths of kicking the dead.

Instead, allow us to rise to the dignity of the moment, learning from the legacy of America’s 41st president. In the time of greatest division, it is the time to move beyond mere partisanship and bickering. Despite power’s corruption and the lures of life, yet another American president has passed from this world with peace and dignity.