Deck the Haven brings cheer in the rain

The added challenge of the weather proved no match for the Hart floor tradition. 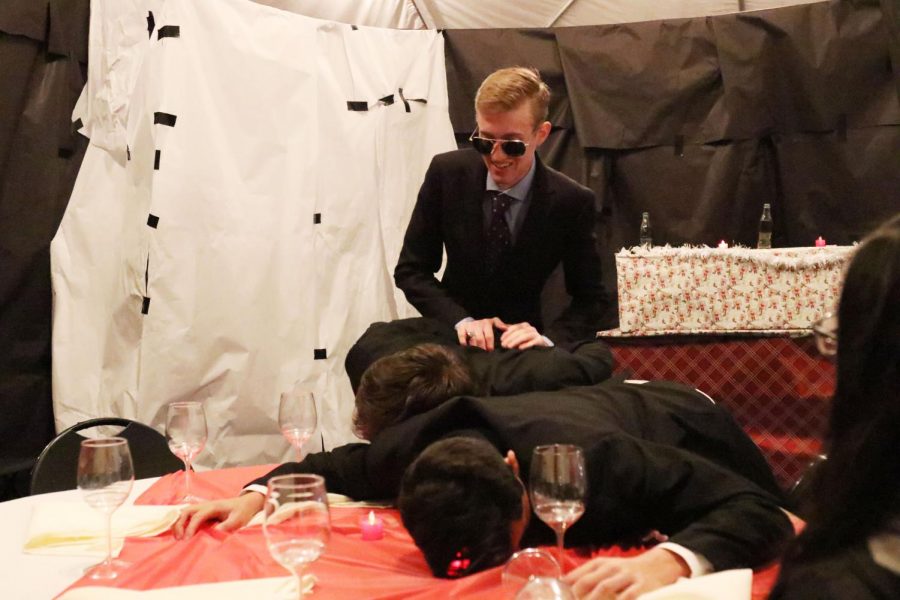 Deck the Haven was back again, this year facing new obstacles brought by the rain in the second year of its outdoor format. The event took place on the Thursday night in a tent on parking lot F.

Guests were given seven interactive room options to go and explore. Rooms included a Tiki lounge, Infinity room, and a challenge to ‘Escape from Santa’s Office’ as the sequel to last year’s ‘Escape from DBC’s Office.’ The event also included musical entertainment, hot chocolate and cookies, a raffle and a hula competition hosted by the Tiki room.

Sophomore journalism major and Haven resident Quinn Gorham participated in the event for the second year in a row.

“As always we really like to prepare for the event,” Gorham said. “The floor just looks like a complete mess going into the event, but it all comes together in the end.”

The rain took a toll on both preparation and attendance. Gorham explained that Haven’s 24-hour time slot was made increasingly difficult due to the challenge of the weather.

“Doing it in the tent is always a challenge so we are not allowed to prepare until the night before it actually happens. We all have 24 hours or less to actually prepare for the event itself,” Gorham said. “This year, in comparison to last year, I think we were more prepared to have it in a tent but the rainy weather definitely took its toll on the crew and it was hard to get everything put together in time.”

Despite the added challenge, people still did not want to miss out on the tradition.

“Honestly I thought the turnout was going to be poor,” said Gabe Licudine, sophomore physical science major and Haven resident. “It’s been great so far, the rain hasn’t done too much damage to attendance. I can’t say the same to the rooms… while we were setting up some of the rooms got damaged but we pulled through.”

Sophomore communications major Billie Padilla loved getting to participate in the Christmas tradition and see all that the floor in Hart Hall had to offer.

“I’m in the Christmas season plus the rain, [it] feels like Christmas,” Padilla said. I’m having a great time. This is a special way to have fun before the semester ends.”