Bagatourian takes leadership on the court in setback at PLNU. 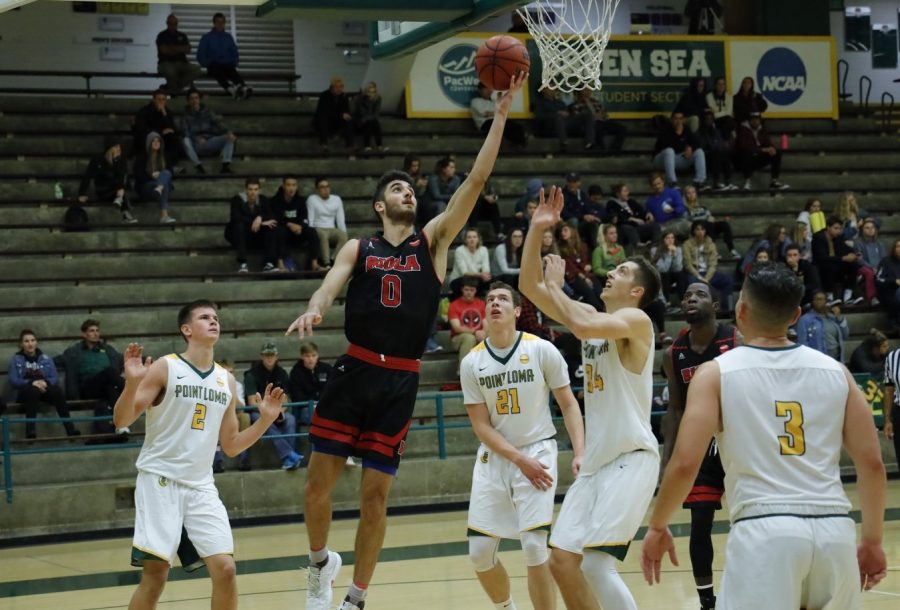 Sophomore forward Michael Bagatourian attempts a layup during the Eagles' 82-54 loss at Point Loma on Dec. 5, 2018.

The Eagles started fast in the first half with Bagatourian sinking two free throws within the first minute. Point Loma took a timeout several minutes later and came back with an answer, a three-pointer to make the game 10-7, PLNU. Bagatourian and senior forward Alex Talma continued to shoot the ball well, both responding with two-pointers later in the half. Again, Talma assisted Bagatourian with two minutes to go making the score a close 26-21. With a minute left on the clock, senior forward Steve Herve made the last basket of the half to narrow the score to 23-26.

Two minutes into the second half, Talma stole the ball from Point Loma’s Tanner Nelson and completed a layup to keep a tight score of 25-28. Biola struggled through three minutes of turnovers, but Talma assisted freshman guard Alex Wright with a three-pointer to keep the Eagles within striking distance. With only 6 minutes to go, Wright hit another three-pointer to bring the deficit to nine points. Biola continued to fight but Point Loma pulled away big time in the end, taking the game 82-54.

Wright racked up four three-pointers and finished with a total of 13 points.